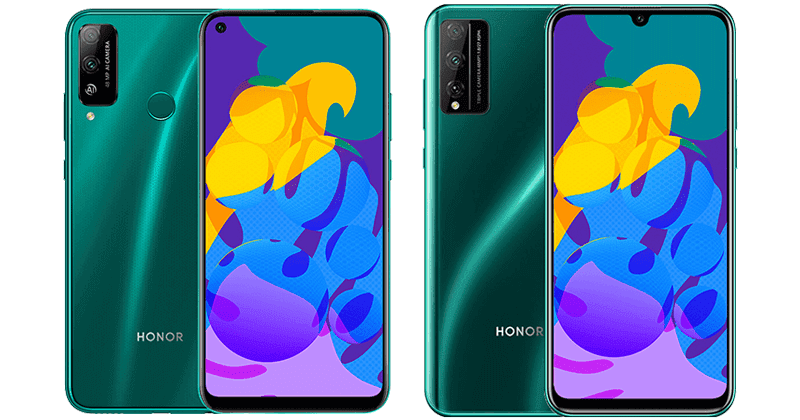 The images shared by Suning confirm that the Honor Play 4T Pro comes with an in-display fingerprint scanner. Additionally, according to TENAA, the Honor Play 4T Pro features a water-drop cut-off 6.3″ FHD+ OLED  capacitive touchscreen. Also, it comes with 1080 x 2340 pixels resolution and an aspect ratio of 19.5:9. When it comes to screen protection, it may feature the Corning Gorilla Glass 5 protector.

Honor Play 4T features a 6.39″ IPS LCD capacitive touchscreen display with a screen resolution of 720 x 1600 pixels and a 20:9 aspect ratio. Moreover, it may come with the Corning Gorilla Glass 3 for screen protection. However, these are the expected specifications. They may change in the future.

The Honor Play 4T Pro may sport a triple rear-camera setup. There is a 48MP Primary Sensor, an8MP Ultra-Wide Sensor, and a 2MP In-Depth & Macro Sensor. Moreover, the phone has a 16MP front camera. We will also see some already-existing features like LED Flash, HDR, and Panorama. However, the real camera test would be when the phone finally launches in the Indian market, and we try it.

Furthermore, Honor Play 4T Pro may come with a dual-camera setup. The first of these is a 48MP primary sensor, and the second one is 2MP In-Depth Sensor. Additionally, we get an 8MP selfie shooter.

As per rumours, the Honor Play 4T Pro and Honor Play 4T launch date in India is expected to be 15th April 2020. Moreover, it might be available in three different colour variants — Blue, Green, and Black with 4 GB RAM / 64 GB internal storage base variant in India.

That’s It for today. Stay Tuned to TECHBURNER For More Tech News & Updates.