Honor View 20 with 48MP Camera to be Amazon Exclusive

These days, in a competition of innovative technology in Smartphones, Honor is playing well in the game. Recently in a launch event, Honor Launched its Honor V20 in China. Like their previous flagship devices, Honor is also supposed to announce this device in India in January 2019 with the hype of New year. The Honor View 20 Amazon product page will soon be updated, and here is some important new about Honor view 20 India launch.

Recently a banner showed up in Amazon.in showcasing the Honor View 20. Like its predecessor (Honor View 10), the device is going to be named as “Honor View 20” instead of “Honor V20”.  The price and availability of sale in the Indian market are obviously unknown as of now but the Global launch of this device is set to be on 22 January 2019 in Paris so the audience can expect this device to be available in India around the same time.

As the title says, the Honor View 20 comes with 48MP AI Rear Camera as Honor claims which will enhance the final image with some AI algorithms. Although, it’s a dual camera setup which is pretty expected in 2019. The device comes with the obvious latest chip from Huawei HiSilicon Kirin 980 SoC and hence it is supposed to be a powerful performer along with 8GB RAM and 128GB of Internal Storage with a pretty decent 4,000mAh Battery. 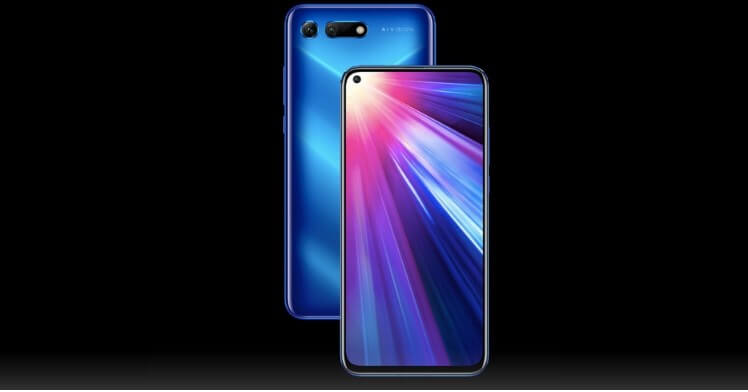 On the front, the most highlighted feature is present i.e., the On-Screen Front Camera which is a hole punched on the display panel which is a 6.4-inch screen with a resolution of 1080 x 2310. The front camera is 25MP with a f/2.0 aperture which should be good enough for casual selfies and social media uploads.

The device is going to come with Huawei’s own custom Android Interface which is EMUI that comes in all Honor/Huawei phones which will be based on Google’s latest Android Pie 9.0. The available colors are Blue, Red and Black and the overall device weighs approximately 180 grams.

Join our Telegram Channel for more updates!
Related Topics:eventflagshiphonorhuaweilaunchscreen punchvv20view 20
Up Next