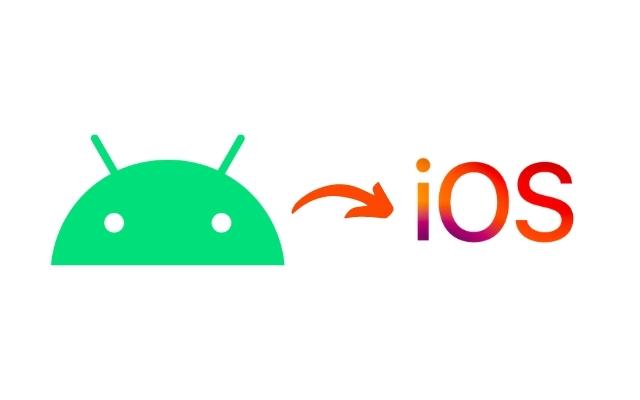 Let’s face the truth: everybody can’t afford an iPhone. But most Android users want to get that iOS feel. So, the good news is that you can make your Android look like an iPhone for free. It will pair up the Android operating system’s functionality with an iPhone appearance and user experience. In this post, we will mention some amazing apps for Android customization. Using a mix of applications, launchers, and other tips and tricks, your Android will look like iOS. Keep reading to learn how to make your Android look like an iPhone by taking advantage of Android’s customizability.

How to Make Your Android Look Like an iPhone for Free?

Installing a third-party launcher is one of the greatest methods to make Android like iOS. It transforms the appearance of your phone. A launcher, in case you didn’t know, is in charge of how your device’s home screen appears. Also, determine how apps start, make phone calls, and interact with the Android operating system. There are different kinds of launchers out there. Some are more concerned with better design, while others enhance functioning.

Here we have listed some of the best launchers to make Android look like iOS: 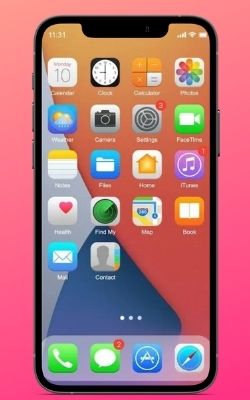 Phone X Launcher is based on iOS 12 UI design. It emulates the newest iPhone models on your Android handset. Therefore, if your phone model doesn’t have one, you’ll see a notch at the top of the screen. For the iOS experience, there is a swipe-down search bar, an iOS-style lock screen, a modified version of the iPhone Control Center. Also, you will get smart toggles for Wi-Fi and the flashlight, and a collection of the finest iOS wallpapers.

iLauncher’s emulation design resembles iOS 9. It doesn’t have the app tray. So, all of your apps will be on your home screen, much like on iOS. The default icons of essential system programs, including Phones, Messages, Cameras, and Settings, are also replaced with their iPhone equivalents. Regrettably, the app icons are no longer active. The clock app doesn’t show the correct time, and the calendar app’s icon thumbnail doesn’t show the correct date.

Android Icon Packs based on iOS

Using an icon pack is another option to give your Android phone an iPhone feel. You’ll need a launcher that supports icon packs to apply them.

We think this is perhaps the greatest iOS icon pack for Android. The set comes with the most iOS icons for Android. Gallery, Settings, Weather, Calendar, Calculator, Camera, Google Play, and many more apps are included. The icons are all 192×192 pixels in size and compatible with the 7 x 5 grid.

iUX 12 uses the same app design as iOS 12 apps. This icon pack’s style is significantly more modern than the previous one. Still, we prefer the iOS 11 icon pack for having more icons. Thus, you will get a consistent appearance throughout your phone. Also, the visual variations between iOS 11 and iOS 12 are minor. If you want the most recent version’s look, iUX 12 is still a good option.

Apps that appear like their iPhone versions are the best match with the iOS icon sets and launchers. It’s the only way to have a completely smooth experience. Of course, you can’t replace all your Android applications with the iOS version. But here is app to make Android look like iPhone worth checking out: 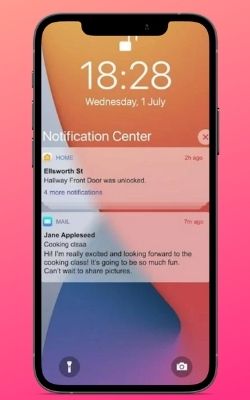 iOS 12 Lock Screen transforms your Android lock screen into the most recent version of the iPhone lock screen. It has alerts, notifications, music player controls that seem like iOS. Also, the screen unlocks choices are the same as an iPhone.

iMusic is the most similar app to the iOS Apple Music app in terms of design. The software is a full-featured MP3 player. You can change tags, listen to music without gaps, and create smart playlists. Sleep timer, ringtone selector, and equalization are also included in the feature. 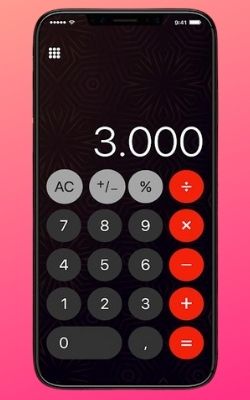 iCalculator delivers the rounded number buttons and colour palette of the iOS calculator to Android. The iCalculator can record your equation history, give graphing tools, and contain memory functions.

The iOS notification screen appears on your Android’s home screen. As a result, you can easily access volume controls, Bluetooth, Wi-Fi, a flashlight, airplane mode, music controls, and so on. 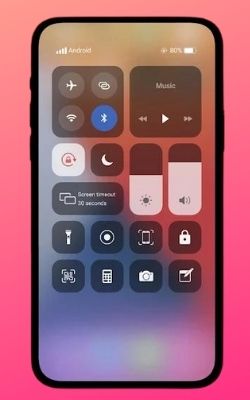 There are also some customization possibilities in the app to make Android look like iPhone. You may pick where the tools display on the notification screen and remove those you don’t need.

If you want a list of the best apps to change Android to iOS system, we wouldn’t suggest any of these launchers, icon packs, or applications. There are better and premium apps available if quality and features are your top considerations. If the main purpose is to make your Android like iOS, the options we’ve suggested are the best options for free.

So, that’s all to make your Android look like an iPhone for free. For more innovative tech, follow TechBurner!

How to Change Phone Number on Signal without Losing Data

How to Start Your eSports Journey: Complete Guide