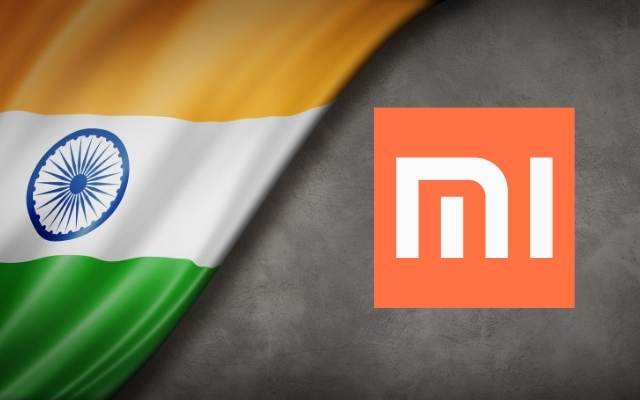 Xiaomi started as one of several Chinese brands attempting to establish a presence in India. And as of now, they are among the country’s most well-known brands in the previous decade. We can say Xiaomi is the country’s smartphone market leader. Also, its other products, such as TVs and fitness bands, are also quite popular. But this famous brand is in the headlines in recent months. Some issues have arisen between Xiaomi and the Indian government. The situation got serious, resulting in the Indian Enforcement Directorate (ED) going through the company’s assets. And found out some unusual payments list. Ultimately ED has seized Rs.5551.27 Crore (worth $725 million) of Xiaomi India. In this post, we will describe why Xiaomi faces trouble with India and what the Indian government has done in detail.

Why Xiaomi Is In Trouble With The Indian Government

The issue between Xiaomi and India is ED has accused Xiaomi of breaking India’s foreign currency restrictions. ED has confirmed the news on their official Twitter handle. According to that tweet, “ED has seized Rs.5551.27 Crore of M/s Xiaomi Technology India Private Limited lying in the bank accounts under the provisions of the Foreign Exchange Management Act, 1999 in connection with the illegal outward remittances made by the company.” 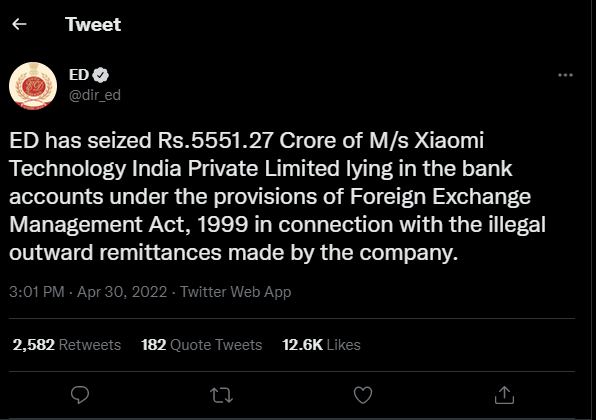 The ED official revealed that they have been investigating Xiaomi’s assets since December 2021. And eventually, they discovered the business had transactions with three foreign-based organizations under the pretence of royalty payments. As per the trusted news source, the ED claimed in a statement that “such enormous sums in the guise of royalties were sent on the directions of their Chinese parent group businesses.” They also disclosed that two additional “unrelated corporations” situated in the United States received money for the “ultimate advantage of the Xiaomi group firms and gave deceptive information to the banks when remitting money overseas.” The Chinese government has been pressuring enterprises to hire local companies rather than foreign partners. Due to cross-border tensions with China, India’s government has been tightening the limits on entering investments from other nations. That’s why Xiaomi faces trouble with India.

About the allegations, Xiaomi denied receiving any services from the three foreign-based firms in a statement published. According to that statement, Xiaomi said, “Xiaomi India paid these royalties for in-licensed technology and IPs that were used in our Indian version goods. Making such royalty payments is a legal business agreement for Xiaomi India.” Xiaomi’s officials also said that they are dedicated to “clarifying any ambiguities” so they are working closely with government officials. Enforcement Directorate called out Manu Jain, the former CEO of Xiaomi India, earlier this year to answer questions about tax compliance and corporate structure. 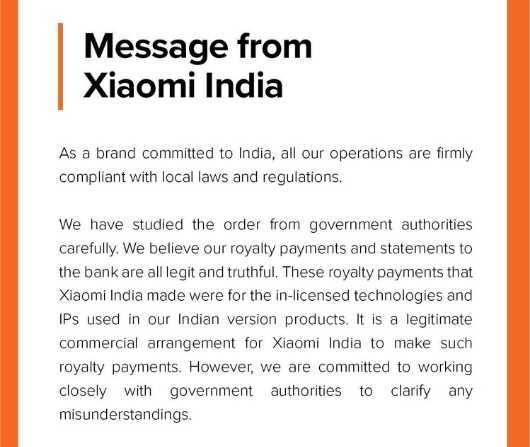 The Income Tax Department searched Xiaomi’s and Oppo’s headquarters in December 2021. They carried out the searches based on “actionable intelligence inputs” on “multiple infractions” by Xiaomi and others. According to market research reports, the renowned brand controlled 23% of the Indian local smartphone market share. It is based on the calculation of the quarter that concluded in March this year. To hold the market share, Xioami also refreshed its smartphone, smart TV, and tablet portfolios with new models in India earlier this week. Following India’s ban on Chinese applications because of national security concerns, the company’s popularity has suffered in recent years. Xiaomi redesigned some of its stores in India with “Made in India” banners two years ago for these reasons, experts say, to distinguish itself from its Chinese parent company. Let’s see if this legal issue with India tarnishes Xioami’s brand value or not!

Iqoo Z6 Pro Camera Performance: Is It Worth It?