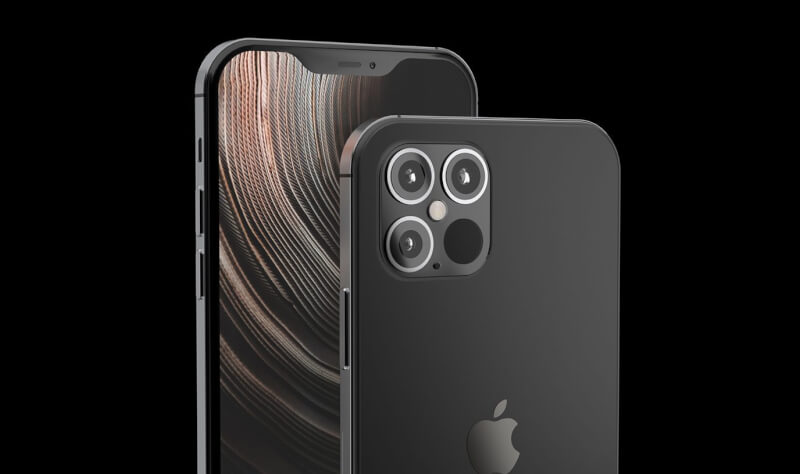 It is the predicted render of the iPhone 12 lineup. So, you can see that it has a notch, but it is much smaller when compared to the iPhone 11 series. Also, a lot of significant changes have done in the iPhone 12 Series. All iPhone in the 12 Lineup will be coming with the A14 Bionic processor along with the 5G Support. Check out the iPhone 12 Specs Leaks below:

Apple recently added a new LiDAR scanner to its iPad Pro 2020. Now it seems Apple is going to introduce a major feature called Sensor-Shift Technology to iPhone 12 Pro and iPhone 12 Pro Max. Presumably, Apple is focusing more on the camera department this time around. Leaks suggest that iPhone 12 Pro Max camera specs might come with the triple camera setup. Moreover, it might come with a LiDAR scanner, akin to that of iPad Pro 2020, or a 3D ToF camera. However, no official news has confirmed the rumour yet.

Coming to Sensor-Shift Technology, it is used to capture clear images with high resolution. The basic action of a sensor-shift shot is to take multiple images but move the camera’s sensor slightly each time, to capture more data and then put the captured data together. It also offers a 5-axis stabilization, which reduces shakiness in videos. This technology has become immensely popular among mobile camera-makers. Check iPhone 12 Launch Date in India and Specs below:

Here are the expected specs for the iPhone 12 Lineup:

There are a lot of leaks coming throughout on the internet. So, the iPhone 12 Series will be launched on the same month when the iPhone 11 Series launched. Therefore, the iPhone 12 Launch Date in India will be in September 2020.