Apple is currently working on its next generation of iPhones, iPhone 12 lineup. There are several iPhone 12 leaks as we have seen in the past, but recently, Apple A14 benchmark scores have surfaced online this is the same processor which Apple is going to use in its next-gen iPhones. The benchmark score shows a significant jump from the previous year’s chipset. When it comes to chipsets, Apple has always nailed it, and iPhones and iPads have some of the best mobile chipsets. At the moment, Android chipsets have barely touched the speeds of Apple’s old A13’s speeds, and after Apple A14 launch in the upcoming iPhone 12, They will be thrown back to where they were. 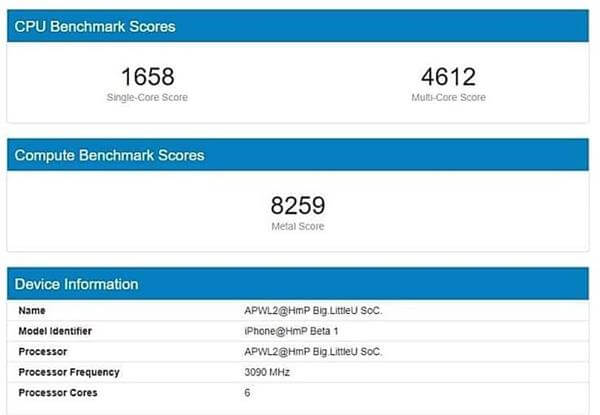 From the A14 benchmark scores, iPhone 12 will have a rock-solid performance, and these scores show a solid increase in performance year-over-year. This time around, TSMC Apple’s chipset manufacturers are opting to go with a 5 nm processor. This benchmark also shows that Apple’s A14 is crossing a 3GHz mark which is phenomenal. Although the 3GHz ARM processor has been promoted since the 20 nm node, it has been examined. The frequency of the factory-made mobile phone SoC has never outperformed 3GHz. The Apple A14 may become the first ARM mobile processor to exceed 3GHz officially. Which is a big deal.