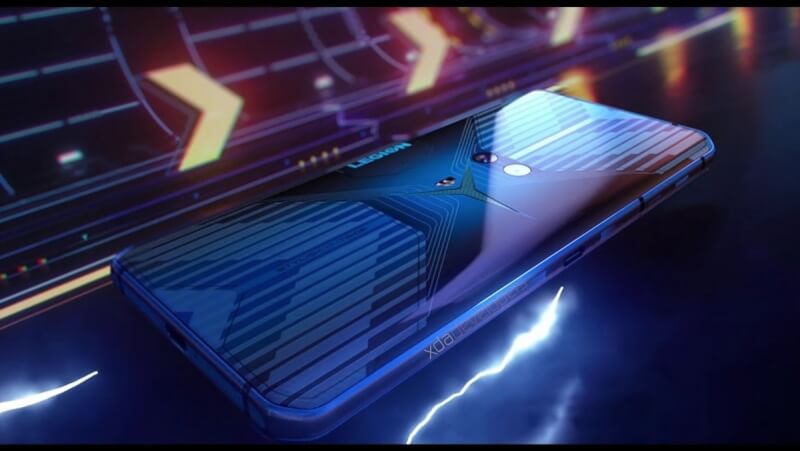 The renders of the device leaked by the XDA Developers. And, we can see that the device is coming with all innovation. Yup! It will be coming with the side pop-up camera, which is interesting. So, the device will be featuring Full-View display. We can also see that the side pop-up camera will help many gamers and streamers in streaming as well as playing the game simultaneously. The device is fully focused for the Players who are interested in the Gaming. Check out the renders below.

In the other renders, we can see that the device sports dual-camera and also the back design is giving the vibe of an amazing gaming phone. Some leaks suggest that the device will be coming with the two charging port which will help users in playing the game. So, we can see that the first charging port will be in the middle of the left side. The other one is not confirmed, but it may be at the bottom of the device. So, we can expect that you will be able to play games without any problem. You can also see in the below renders that the device branding “Legion” is the placement for the Side pop-up camera. Check out the other renders below.

The Lenovo Legion Phone will be coming with stereo speakers which will be present in the side of the device and will give you a better experience. Check out the features below.

Here are the expected features of the Legion Gaming Phone.

Lenovo Legion gaming phone could come with a 6.67-inch FHD+ Super AMOLED display that provides an immersive experience during gameplay. It is expected to come with up to 144Hz refresh rate, like in NUBIA RED MAGIC 5G. And, the device will come with 270Hz Touch Sampling Rate for immersive gameplay. Also, the device will have 1080×2340 pixels of resolution. It will come with 5,000mAh of battery with 90W Fast Charging Support. As mentioned above, it will feature two charging port.

The Legion Gaming phone will come with a dual-camera setup and will sport 64MP primary sensor. And, the other sensor could be the 16MP ultra-wide sensor. It could come with a 20MP side pop-up selfie camera, which will better for taking selfie shots. It will also have EIS/OIS for Video Stabilisation along with the Slow Motion Video Recording.

The Legion Gaming Phone is coming with the SNAPDRAGON 865 SoC. Also, it will come with up to 12GB LPDDR5 RAM and will sport UFS 3.0 storage up to 256GB. The device will run on the Custom UI of Lenovo, which is ZUI 12 based on Android 10. So, the device will feature Air Vents to reduce the temperature of the device while playing high-end games like PUBG, Fortnite and more. There will be an in-display fingerprint sensor.

Here are the expected specs for the Gaming Phone of Lenovo.

The device is being teased, but there is no official confirmation of its launch. But, we are expecting that it will launch in July 2020 in India.

The device will be a good gaming phone for gamers and users. So, we are expecting that it will come around Rs. 65,000. There is no confirmation on the pricing yet, stay tuned with us to get more updates on Lenovo Legion Gaming Phone price in India.