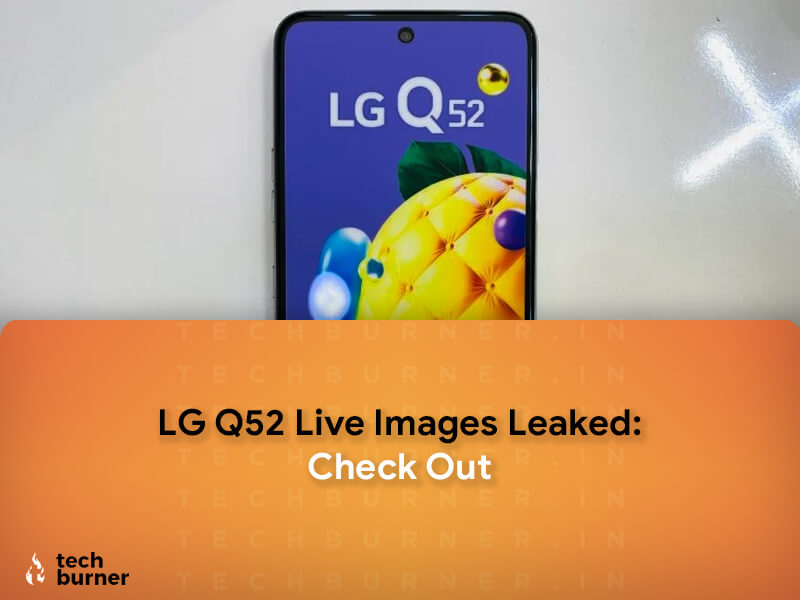 Last month LG has introduced its new smartphone, the LG K52. LG K52 was a feature-packed mid-range smartphone. Now, a few hands-on images of LG Q52 have been leaked online. According to the sources, LG Q52 is the rebranded version of the LG K52. However, it is not confirmed yet. Still, we have managed to get some expected specifications of LG Q52. Today, we will be discussing the LG Q52 Leaks. Later on, we will talk about the expected LG Q52 launch date in India and LG Q52 price in India. We have also shared the LG Q52 Live Images. So, without any further ado, let's get started with LG Q52 Features first.

Here are the LG Q52 Leaks. We have managed to get those through various sources from the Internet. To be honest, this Smartphone seems kind of promising as per the Leaked Specs. Anyways, Check out the LG Q52 Live Images below. 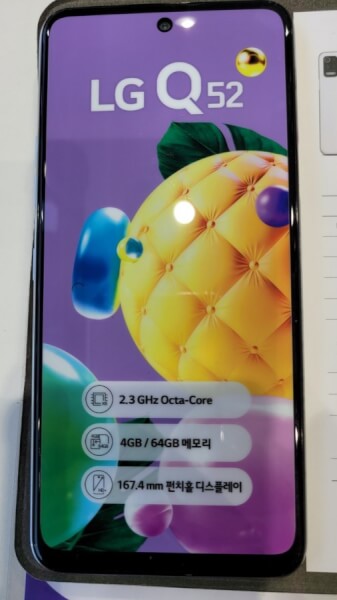 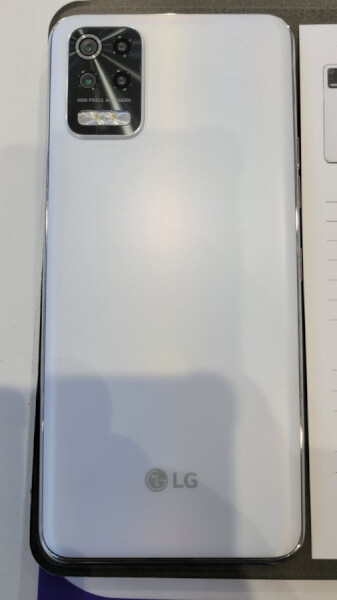 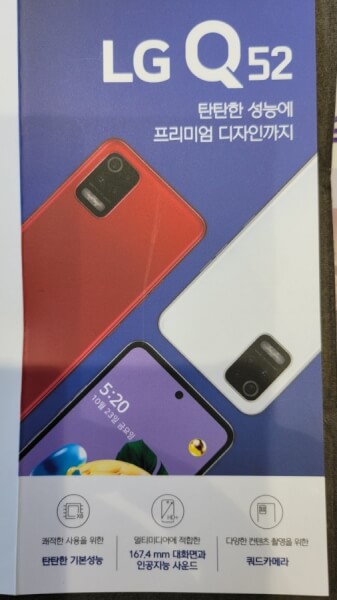 Yesterday, a few LG Q52 Live Images surfaced on the internet. The LG Q52 looks exactly similar to the previously launched LG K52 smartphone. In fact, it is a rebranded version of LG K52. The LG Q52 may launch with a quad-camera setup at the rear panel and a single selfie shooter on the front. Also, it has a 3.5mm port, a USB Type-C port, and a single speaker at the bottom of the device. Moreover, it would have a side-mounted fingerprint sensor. This is the overview of LG Q52 Live Images which are provided below. However, the LG Q52 Live Images also includes some images of the box itself. The information on the box is written in the Japanese language. Let's move ahead to the LG Q52 Features.

This device may come with 6.6-inch IPS LCD touch display with a 720 x 1600 pixels resolution. LG Q52 may feature a punch-hole display with 83.1% of the screen-to-body ratio. It is expected to come with a 4000mAh battery. But, we do not have any information about fast charging support.

LG Q52 could feature a quad-camera setup. It will include a 48MP primary sensor alongside a 5MP ultrawide shooter, 2MP macro, and 2MP depth sensors. Moreover, it will feature a 13MP selfie shooter.

Coming over to the processor specifications, this device might feature Mediatek Helio P35 with PowerVR GE8320 GPU. This device will run on Android 10. Also, this device may come with 4 GB of internal storage and 64GB of external storage. Let's discover the LG Q52 Price in India.

This device is going to launch in the mentioned nations such as Europe, Latin America, the Middle East, and Asia, but apparently, we do not have any hint about the LG Q52 launch Date in India yet. However, our guess says that the device will take time to launch in India.
We hope that you have liked the LG Q52 Leaks.

As we know, the LG Q52 is going to be the rebranded version of the LG K52. The previously launched LG K52 was launched for Rs 14,000. However, we can expect if LG launches the LG Q52 with the same specifications as LG K52, so they will launch the device at the same price tag.
Keep following us to get more updates as soon as possible. Till then, Stay Tuned To TechBurner For More Stuff.
Join our Telegram Channel for more updates!
Related Topics:LG q52 featuresLG q52 launch date in IndiaLG Q52 leaksLG q52 live imagesLG q52 price in IndiaLG q52 specs
Up Next