After a very long time, Xiaomi has launched its flagship smartphone in India. Mi 10 5G has been launched today alongside Mi TWS 2, and Mi Box S. Xiaomi Mi 10 specs are top of the line, and the pricing is aggressive as always. Mi 10 series was launched in China a few months ago, and the India launch event was scheduled for 31st March. Due to the ongoing lockdown in the country, the launch was postponed. After waiting for a few more days, Mi 10 5G is here. Check out Mi 10 5G features and Mi 10 5G price in India. 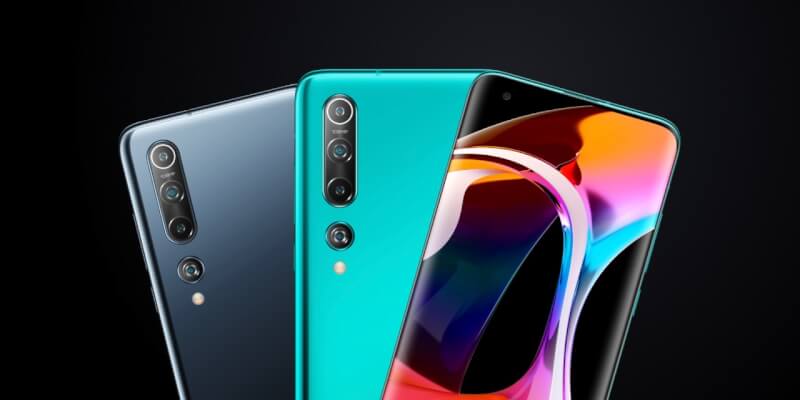 Xiaomi and the subbrand Redmi is doing well in the Budget and Midrange segment. Last year we saw Redmi K20 series, which was introduced as Flagship Killers or we can say it midrange flagship smartphones. Now, Xiaomi has reintroduced its Mi-flagship series in India. Unlike the Redmi smartphones, Mi 10 is expensive, but it offers all flagship specs. Let’s talk about them in detail.

Let’s start with the display. Xiaomi claims it is the best display ever on a Xiaomi phone. It measures 6.67″ in size with 19.5:9 aspect ratio and the resolution is FHD+. We have seen the curved display on the Mi Note 10, and Mi 10 is no exception. It comes with a curved OLED panel just like the Samsung’s Galaxy S and Note series. The refresh rate here is 90Hz along with 180Hz touch sampling rate. 2020 flagships come with a punch-hole display, and Mi 10 follows the trend, a small display cutout is present on the top left corner. If we talk about some other display specs then, it is HDR 10+ certified, and the peak brightness is 1200nits with 5000000:1 contrast rate. For better audio experience, it comes with Stereo sound.

The back of the design is quite identical to the Mi Note 10 with the same vertical camera setup on the left and branding at the bottom. The top of the phone includes a secondary noise cancellation mic, the second speaker and IR blaster while the bottom houses the primary speaker, a USB Type C port and SIM Card trey. It supports only a single SIM. And yes, there is no 3.5mm headphone jack!

The camera is going to be one of the unique selling points of the Mi 10. It comes with a quad-camera setup on the back which includes a 108MP Isocell Bright HMX primary sensor. It is a large sensor with 1/1.33″ sensor size and 1.6µm 4-in-1 superpixels which are combined with 7P lens with an aperture of f/1.7. For stable videos and better low-light photos, OIS is onboard. The second important sensor is a 13MP ultrawide angle lens with 123-degree FoV (Field of View). The aperture is f/2.4 here. Mi 10 lacks a telephoto lens and instead, it offers Depth and Macro lens, 2MP each. On the front, there is a 20MP selfie shooter present in the punch hole.

That’s not all. Just like the Galaxy S20 Ultra, Mi 10 can capture 8k footage. There is also a Pro mode which offers features like AE/AF Lock and Focus Peaking.

Flagships nowadays come with a massive battery, keeping the ‘5G’ in concern. Mi 10 is no exception and comes with a relatively bigger 4,780mAh battery. A 30W fast charger is included in the box which charges the phone from 0-100% in around 57 minutes. The phone also supports 30W wireless charging, which is a nice touch.

Mi 10 packs all the latest high-end specs to offer excellent performance. It is powered by Snapdragon 865 5G chipset, with up to 8GB LPDDR5 RAM and up to 256GB of UFS 3.0 storage. For thermal control, it has Vapour Chamber liquid cooling technology. It is Xiaomi’s first 5G smartphone in India which also comes with WiFi 6 and NFC.

Because Mi 10 is not made in India and Xiaomi has imported all units of it, the pricing is higher than the Chinese price. Still, for the asking price, Mi 10 offers the best specs possible currently. It misses out on a telephoto lens and waterproofing. Also, it comes with MIUI instead of the Stock Android, which might be a con for a few. What do you guys think about the pricing?

Also Check Out | Mi TWS 2 and Mi Box 4K in India: Check Out Specs and Price