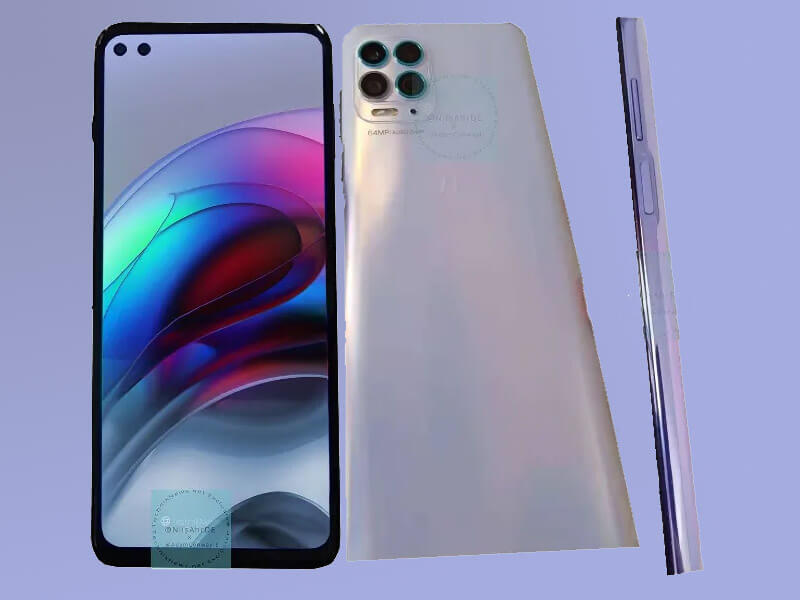 Motorola Nio, a flagship offering from Motorola is expected to launch in Q1 2021. Now, some live images of this smartphone have been surfaced online revealing its key specs, color variants, and design. These images were first spotted by Nils Ahrensmeier (@NilsAhrDE) on Weibo and were reported by him on Voice.

The new Motorola Nio smartphone is expected to come with a 6.7-inch FHD+ display with a 105Hz refresh rate. It is reportedly powered by Qualcomm Snapdragon 865 SoC coupled with 8 GB RAM and up to 256 GB storage. Coming to the camera side, it should sport a 64 MP main sensor and three other sensors. It will sport a 16MP + 8MP dual selfie camera and will be backed up by a 5,000mAh battery. There is also a probability that Motorola Nio could launch as Motorola Edge S that the company’s CEO had teased recently.