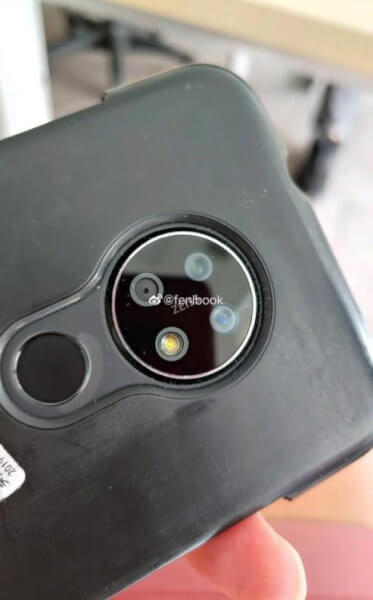 Nokia which has a great comeback in the smartphone market. They are upgrading their phones by giving some special features to it. Nokia 9 has performed very well in the market with its five camera module. So, Nokia 9 PureView is coming to India. But, there are some new Nokia phone leaks. Nokia is bringing another smartphone with a triple camera setup in a circular mode. This is the new Nokia 6.2 leaks. Nokia 6.2 Camera Leaks suggest that it will feature 48MP of Rear Camera. So, This is going to be interesting for the users. Therefore, Read the full article to know more about the leaks, Nokia 6.2 Launch Date in India and Nokia 6.2 Price in India:

The upcoming Nokia Phone leaks suggest that the device will feature a 48MP Rear Camera. But, there is no official name for the phone. Its Codename is “Daredevil”. But, We are supposing that it is the new Nokia 6.2. You can see in the images that it has a waterdrop notch with thick bezel. The front camera is available between the notch. So, The device is running on the latest Android Pie out of the box. But, there is no confirmation of the processor. It can be Snapdragon 660 or 712.

Nokia 6.2 Camera Leaks suggest that it will feature a triple camera setup. A 48MP Main Camera along with depth andd wide angle sensor. The 48MP camera sensor will come with f/1.8 along with a flash. It will come with some extra features such as OIS/EIS and Autofocus. The back side is fully protected by Corning Gorilla Glass with a large fingerprint sensor. At the bottom, the device feature USB Type-C Port. Therefore, The leaks suggest that Nokia is developing a phone according to the smartphone market.

There is a lot of changes in the device. It is running on the latest Android Pie, featuring triple camera setup with 48MP as the primary sensor. So, The device has a waterdrop notch but with thick bezel and protected by Corning Gorilla Glass. Therefore, After seeing its all specs, the expected Nokia 6.2 Price in India will be around Rs. 20000 in India.