Oppo PDAM10 turns out to be Oppo A52: Check out leaked Renders and Specifications 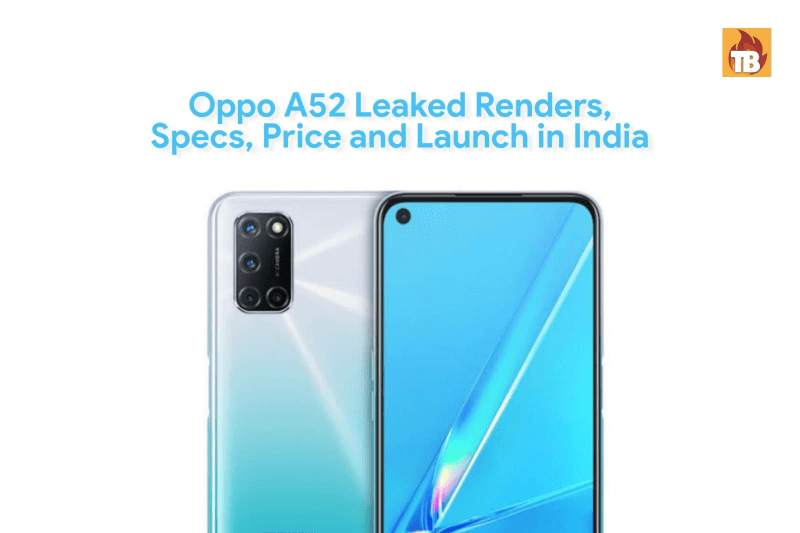 Convert Text to Speech
A new Oppo smartphone which was leaked on Chinese certification authority TENAA renders, and other details have been leaked. This device goes by the model name PDAM10 the official name of the device turns out to be Oppo A52. This is a mid-range smartphone that will be a part of Oppo’s A-series. Oppo A52 leaked renders suggest that the device will be coming with the quad-rear camera setup. Continue reading the article to know more about Oppo A52 specs, Oppo A52 price in India and Oppo A52 launch date in India.

Here are the upcoming smartphone leaked renders which show the smartphone from all the sides.

Here are the specifications of the Oppo A52.

Oppo A52 Launch Date in India

The smartphone was spotted on TENNA is expected to launch in China before June and soon after we may see the phone coming to India. Stay tuned with us to know more about Oppo A52 launch date in India.

Oppo A52 Price in India

According to the sources, the smartphone will be priced at 1799 Yuan, which is around 19,000 INR for 8GB and 128GB variant. Judging by the price to performance ratio, Oppo A52 turns out to be less. Using old Snapdragon 665 SoC for a phone priced at 19,000 INR is considered too high. In this price range, we get smartphones from other OEMs which give much better value. Finally, we conclude it by saying it would be a wise option to overlook Oppo A52 whenever it launches in India.