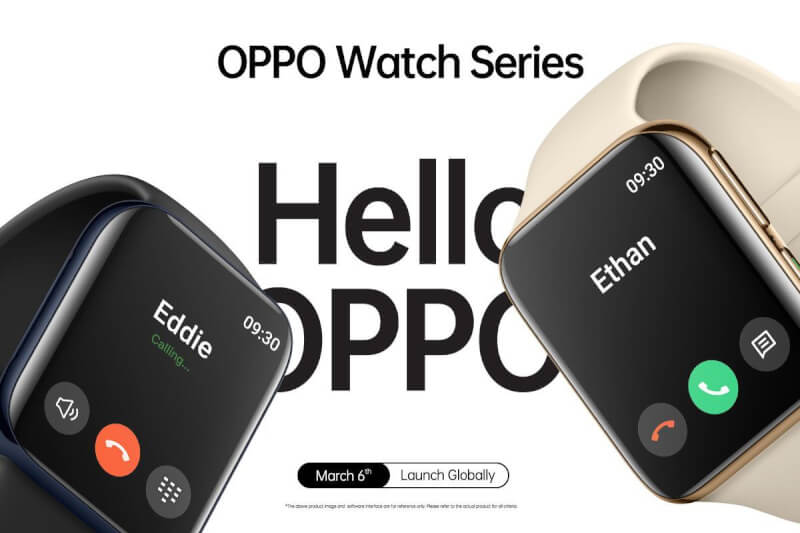 Oppo, the Chinese smartphone company, recently announced its Find X2 series of smartphones and, alongside that it also unveiled its brand new smartwatch-The Oppo Watch. It has many exciting features up its sleeves. The Watch includes an ECG sensor, sleep tracker, VOOC Fast charging, eSIM support and many more features under a very affordable price. The Oppo Watch has not 1 but 2 processors. The Watch looks very similar to the Apple Watch. Soon, Oppo will launch its upcoming Oppo watch in India. Read the full article to know more about Oppo Watch Price in India, Oppo Watch Launch Date in India and more about the Oppo Smartwatch: 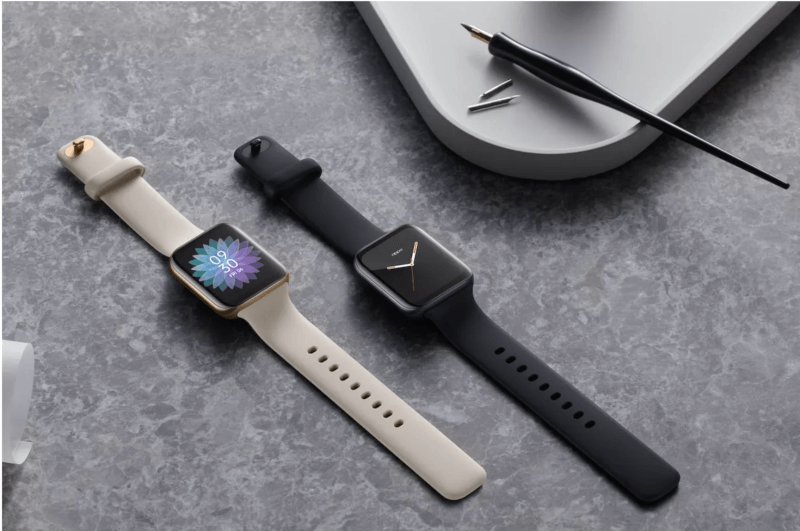 The Oppo Watch is very similar to the Apple watch in the design perspective. But it comes at a way cheaper cost. It comes in 2 different sizes, one with 41 mm and the other with 46 mm. Both of the Oppo Watch offers a curved flexible AMOLED Display and has two buttons on the side. The 41mm version comes with a display size of 1.6-inches and has 320×360 pixels, and the 46mm variant comes with a larger display of 1.91-inches and has 402×476 pixels.

The 41mm version of Oppo Watch comes with a 300mAh battery, while the 46mm model packs a 430mAh unit. The Watch also packed with 1GB of RAM and 8GB of storage. It also supports Oppo’s latest VOOC fast charging, and the company claims that it can charge up to 46% – which is enough for a single day’s use – in just 15 minutes, while it takes only over 70 minutes to charge fully.

The Watch is powered by two processors. So, it is powered by Qualcomm Snapdragon Wear 2500 SoC, and also there is an Apollo Co-Processor. The Apollo processor helps the Watch when it needs to save power, and the Watch switches the processor accordingly. The watch can also track a variety of workouts and also has an AI-based fitness regime feature. Also, the Watch can track sleep and has a 24×7 heart rate monitor and even an ECG sensor. The Watch comes with water-resistant, and the 41 mm version has a water-resistant rating of 3ATM, whereas the 46 mm version has a rating of 5ATM. It runs on its ColorOS skin, which is built over Google’s WearOS.

The Watch also supports eSIM. So an individual can link the Watch to their existing number, or they can independently use the eSIM. The Oppo Watch also packs several sensors including accelerometer, gyroscope, barometric pressure sensor, compass, optical heart rate sensor, ambient light sensor, and a capacitance sensor.

The Watch has been launched in China. And it will go on sale from 24th March. So, we can expect that the Watch will launch in India in April.