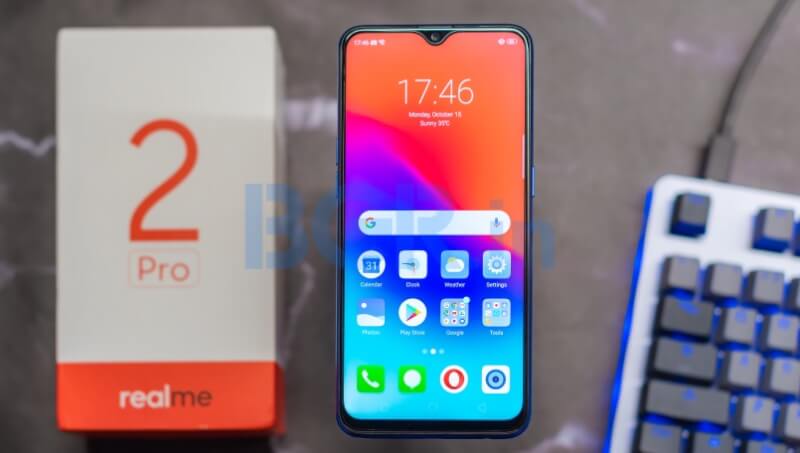 RealMe, sub-brand of Oppo, launched one of its key devices, RealMe 2 Pro last year. It came with Android 8.1 Oreo out of the box. The device had huge sales and gained a lot of popularity. It still remains a strong contender in its own category. Now, we suspect the Pie roll-out is just a matter of time.

RealMe launched the device back in September 2018, sporting a tear-drop notched display. As we all know, the Realme 2 Pro is a major upgrade over the Realme 1 and Realme 2. The handset sports a 6.3-inch full HD+ display along with a 19.5:9 aspect ratio and 409ppi pixel density. Snapdragon 660 AI-Enabled octa-core chipset under the hood powers it. Variants are in a combination of 4GB/6GB/8GB RAM and 64GB/128GB of internal storage.

Towards the end of last year, Realme confirmed that it will release Android Pie to the Realme 2 Pro, Realme U1, Realme 2, and Realme C1 smartphones by the quarter-2 of 2019. Now, it seems like Realme 2 Pro owners might soon get the stable Android Pie OS official update.  Mysmartprice spotted it on Geekbench, running the latest Android 9 Pie operating system. 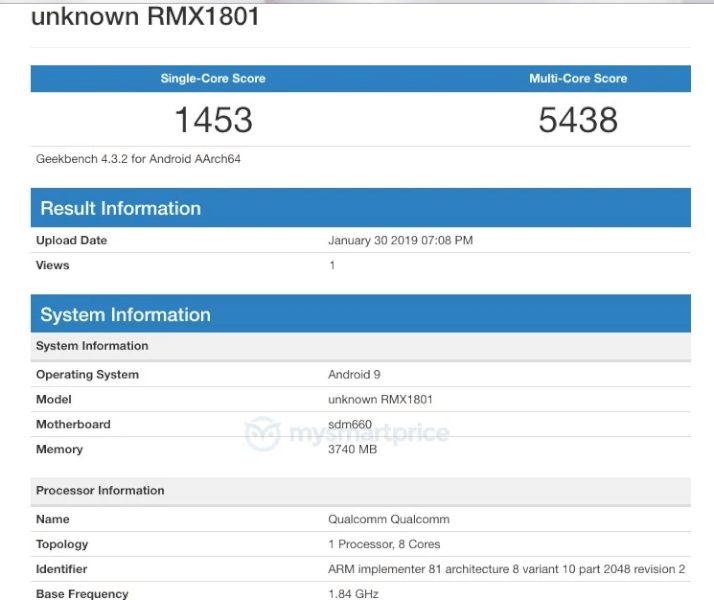 As for the results, the Realme 2 Pro scored 1,453 in the single-core test, and 5,438 in multi-core test. The listing suggests that the company might soon push the final and stable version of Android Pie to the Realme 2 Pro.

However, Realme is yet to confirm this information.

Besides, the company is also said to release the update to the Realme 1 in the first quarter of 2019 according to BGR.