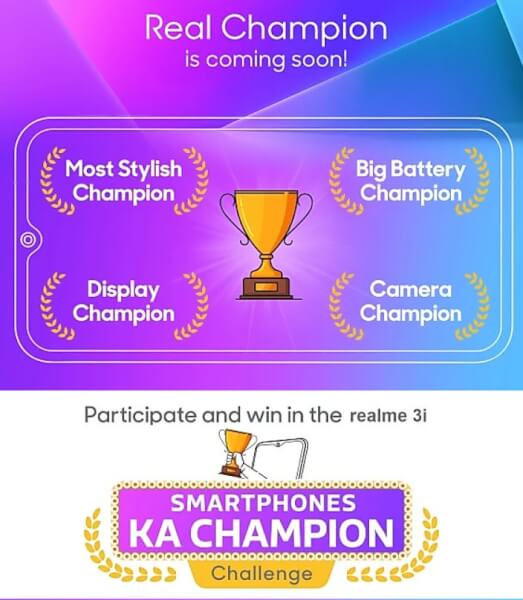 Recently, realme officially teased its upcoming budget device realme 3i on Flipkart. Realme 3i is launching in India with exciting specifications. Not only in Realme 3i full specifications but it also shines in pricing aspects too. According to leaker Ishan Agarwal, and the Realme 3i Flipkart landing page, the naming is almost confirmed. Also, we have the leaked Realme 3i price in India! And that just makes us go wow!

Just heard this about the upcoming Realme 3 Model! It is going to be a Flipkart Exclusive product as expected and the pricing will be even more surprising than the Realme 3. I wonder if you all will like it! 😀 #Realme #Realme3 #i pic.twitter.com/kyykYC1yqw

Realme 3i: Dare to Leap: 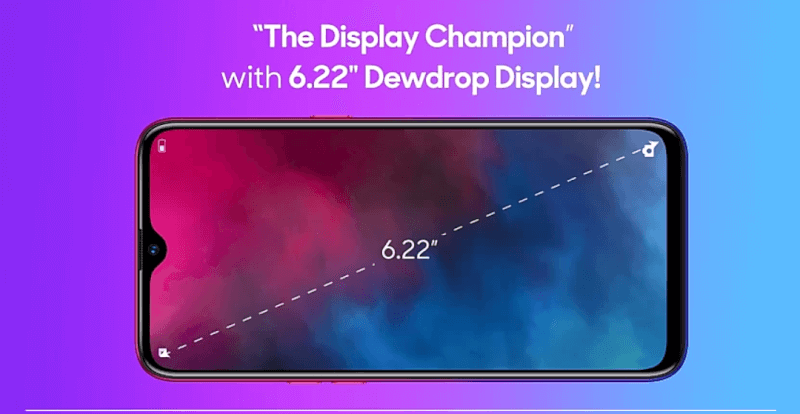 According to internal sources, we have the Realme 3i Full Specifications. Now, it might not be exactly what we assume or know, but the differences will be minor hither and thither.

Two days back, Realme officially teased the upcoming realme 3i, and added a dedicated promotional page for the realme 3i on Flipkart. Check out this listed page for further information,  realme is expected to tease more information about the phone before its official launch in India.

This is the Realme 3i Full Specifications expected to launch on 15th July 2019. The specs are pretty competitive and alluring going by the 2019-standard. However, what makes it more appealing and makes it stand out from the crowd is the pricing expected to launch. Realme 3i price in India is a bang for a buck!

Realme 3i Price in India Leaked:

According to sources and internal leaks, Realme 3i will be launched in India at a spectacular price. The expected pricing is:

At this price point, with the specifications leaked, there’s no competition for the Realme 3i. Realme 3i Full Specifications at this Realme 3i Price in India is just nailing! 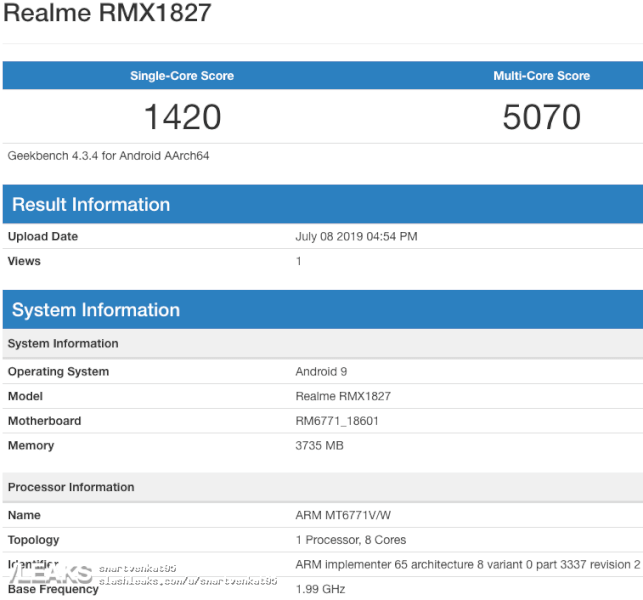 According to the Geekbench leaked scores by SlashLeaks, Realme 3i will come with an Helio P60 processor along with a variant of 4GB RAM. Also, needless to say, it’ll come with Android Pie 9.0 with colorsOS6. From this leak, it looks like we predicted correctly!

Tell us how you feel about this in the comments below!