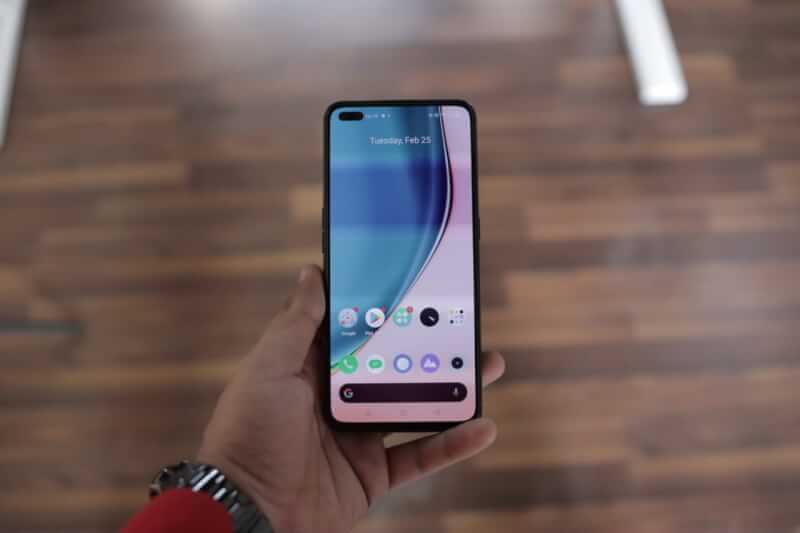 Realme has been launching a lot of devices these days. But, as we know, most of the devices comes with similar specs. But, this time they are coming with the upgraded version of the Realme X2 which will be the Realme X3. The Realme RMX2142 model leaks were surfacing online for many days. And, suddenly the Realme X3 live images leaked on TENNA. Previously Realme X3 specs leaks were surfaced online. Realme X3 features the all-new Snapdragon 765G 5G chipset. So, read the full article to know more about the Realme X3 launch date in India and Realme X3 price in India.

So, the live images leaked while the device was listed on TENNA. Take a look at the device:

The Realme X3 will come with dual-punch hole display but it is expected to be TFT to make its price lower. So, the device will be housing dual selfie camera. Also, the device will be coming with the quad-camera setup as always. It will be packed with the 48MP quad-camera setup. In the second image, we can see that in the corner there is “realme” branding and the camera setup is also little bit changed. Also, check some other images too:

So, in the other side images, we can see that the device will be coming with the side-mounted fingerprint sensor. We can also see the camera bump.

Here are the expected features of the upcoming device.

The device will be powered by the Snapdragon 765G and will come with up to 12GB RAM and 256GB internal storage. Also, the device will run on Realme UI based on Android 10. Realme X3 will be coming with the Side-mounted fingerprint sensor.

Here are the expected specs of the Realme X3.

The device is being leaked and creating much hype. So, we can expect that the device will likely to launch in June.

The device is coming with some great features, and as Realme is famous for providing low priced phone. So, it is likely to come around Rs. 25,000.