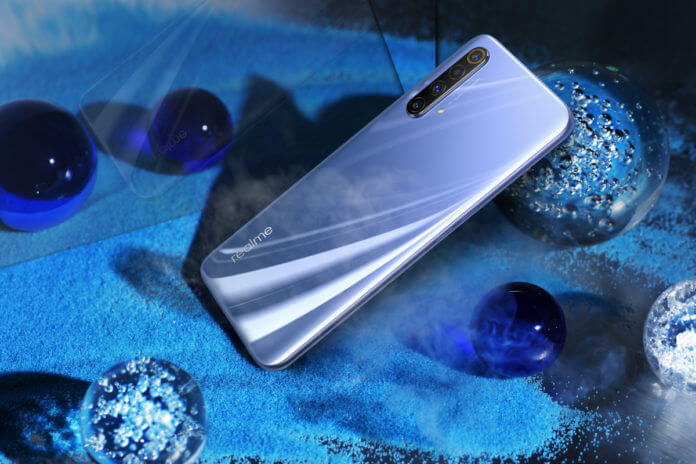 Realme had already hinted us that they are soon launching a new flagship smartphone with 5G support at the Mobile World Congress, 2020. Now, the company has taken it much ahead and officially shared the details of the device, and the device is none other than the bigger brother of the Realme X50, the Realme X50 Pro 5G. So now let’s take a look at the Realme X50 Pro’s Specifications.

The Realme X50 Pro 5G features the model number “RMX2071”, runs on RealmeUI v1.0 based on Android 10 Q out of the box. From the screenshot, it is visible that the Realme X50 Pro 5G will sport the  Qualcomm Snapdragon 865 Chipset will be coupled with 12GB of RAM and 256GB of internal storage.

On noticing the image clearly, we can observe that the time is shifted to the right, confirming a dual punch-hole selfie camera on the top left corner similar to the Realme X50 which was launched previously in China. This new flagship will come with support for 5G, NFC and a Dual SIM slot, while there is no information regarding a microSD slot in the internals.

Yesterday, we covered an article regarding LPDDR5 RAM type in the upcoming smartphones, where there was a mention of Realme’s upcoming smartphone using this LPDDR5 RAM, now with this piece of information combined together with today’s news, it is safe to say that the Realme X50 Pro 5G will come with LPDDR5 RAM instead of LPDDR4.

Previously, the company officials also confirmed that the brand is working on their first-generation TV’s that will be showcased at the upcoming Mobile World Congress event, in fact, they also mentioned that, if the TV product lineup goes successful, they will bring up a Laptop as well.

So, what do you guys think about the Realme X50 Pro 5G Specifications, worth the money?. Let us know in the comments section below.