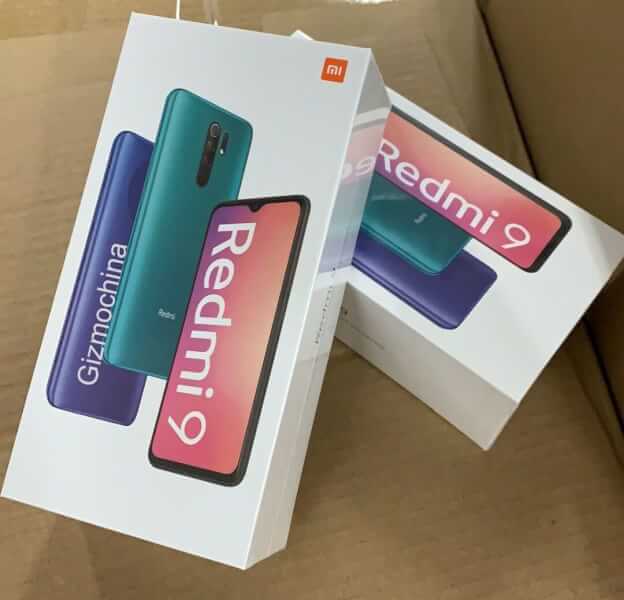 Xiaomi’s sub-brand Redmi is continuously coming with new devices in the Indian Smartphone Market as we know that Redmi is famous for its budget-friendly devices. So, they are set to launch another pocket-friendly series in India. And, I know that you guessed it correctly, it’s Redmi 9 Series. We see a lot of leaks of the Redmi 9. Now, Redmi 9 live images leaked online. The Redmi 9 Box live images leaked which suggests that the Redmi 9 launch date in India is going to announce soon. So, read the full article to know more about Redmi 9 Price in India and all Redmi 9 Leaks.

The Live images of the Redmi 9 leaked by the Gizmochina. Furthermore, the specs, colour, pricing and other thing were leaked.

We can see in the live image that the Camera design is much similar to the Poco X2. As witnessing the love shown to the design of Poco X2, they are going to provide the same looking camera setup on Redmi 9. But, as we have seen that the Poco X2 sports quad-camera setup in a verticle line while the Redmi 9 Camera arrangement is a bit different and looks much more refreshing than the Poco X2. The device will sport the camera arrangement similar to the Redmi Note 8 Pro, but the design will be of the Poco X2. Also, we are going to see the Rear-mounted Fingerprint Sensor. Check out other features below.

Here are the expected features of the upcoming Redmi 9.

The device will sport the 6.53-inch IPS LCD with 19.5:9 aspect ratio. Also, it will come with 2400×1080 pixels of resolutions. The device is expected to feature a waterdrop notch similar to its predecessor. So, the Redmi 9 is expected to come with the 5,000mAh with 18W Fast Charging Support.

The device will sport the quad-camera setup, which is a significant update budget phone of Redmi. So, it will feature a 13MP primary sensor, 8MP wide sensor, 5MP macro sensor and 2MP depth sensor. It is likely to come with the 5MP selfie camera which will be presented in the notch.

The device will be coming with the all-new MediaTek Helio G80 SoC. It will run on MIUI 11 based on Android 10 and will come with up to 64GB internal storage with up to 4GB RAM. Therefore, the Redmi 9 will also feature the physical fingerprint sensor on the back of the device. So, the device is coming with eMMC 5.1, which is a suitable storage type.

Here are the expected specs of the Redmi 9.

The device is surfacing on the internet. Redmi 9 is likely to launch in July 2020 in India.