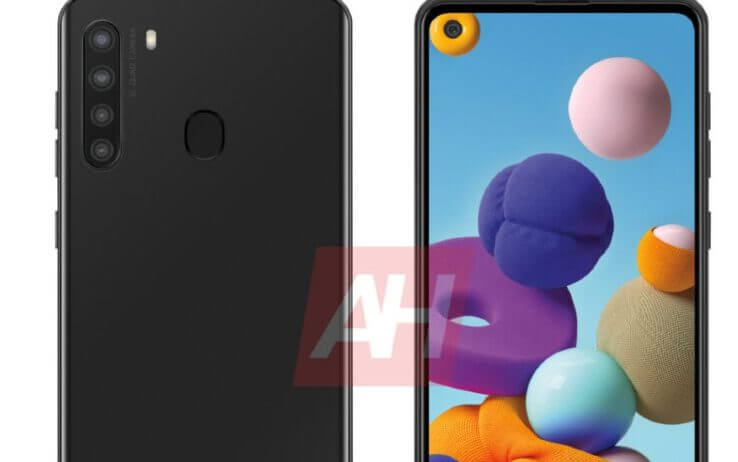 The above renders are of the Samsung Galaxy A21, which is going to be a budget mid-range smartphone. In the above images, We can see that the device is coming with a punch-hole in the corner. Also, it will be featuring the quad-camera setup and there is a physical fingerprint sensor on the backside. The headphone jack and charging port will be at the bottom of the device. Check Out the features below:

Here are some of the rumoured features of Galaxy A21:

The Galaxy A21 is going to sport a 6.3-inch AMOLED punch-hole display. It will come with 1080×2340 pixels of resolutions. Also, it will be coming with the aspect ratio of 19:9. The device is expected to come with 4000mAh of battery and it will support 18W Fast Charging.

Galaxy A21 is going to be powered with Samsung Exynos 7904 Soc, which is an octa-core processor clocked at 1.8GHz (Cortex A73 + 1.6 GHz, Hexa Core, Cortex A53). The chipset additionally equipped with a dedicated graphic chipset Mali-G71 MP2. As of now, it comes with a 4+64GB variant which can be expanded up to 512GB by a memory card. The device also comes with the rear-mounted fingerprint sensor which is good for authentication.

Samsung Galaxy A21 is coming with the quad-rear camera setup. So, the device is likely to come with 12MP as the primary sensor, 8MP ultra-wide sensor, 2MP depth sensor and 2MP Macro Sensor. It is likely to sport 8MP selfie camera presented in the punch-hole.

Here are the quick specifications of the Samsung Galaxy A21:

There is no official confirmation for the launch of the device. But, Some leaks claims that the device is likely to launch on 23rd April 2020.

Samsung Galaxy A21 Price in India

The device is a budget smartphone. So, it is expected that it will come around Rs. 13,000.