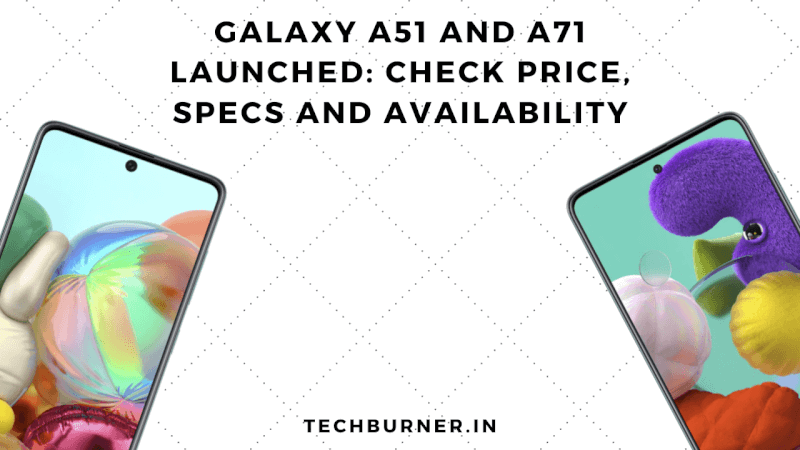 The Samsung Galaxy A51 has a 6.5″ Full HD+ Super AMOLED display with a 20:9 aspect ratio and a screen resolution of 1080 x 2340 px and a pixel density of 396ppi. It is an Infinity O front panel similar to the one we have seen before on the Galaxy M40 which is already available in India. The Galaxy A51 comes with a Mirror Back and Prism Design, with the fingerprint scanner, is mounted beneath the display. 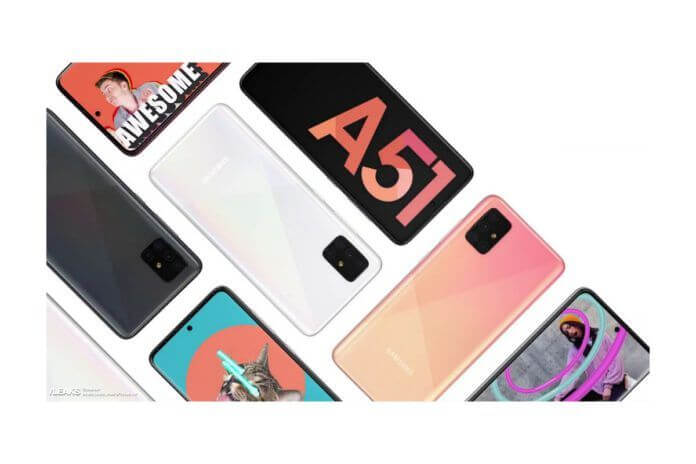 The Samsung Galaxy A51 is under the hood powered by the Exynos 9611 SoC which is coupled with up to 8GB of RAM. It runs on One UI 2.0 based on Android 10. The smartphone comes with the maximum storage option of up to 128GB of onboard storage and can be expanded up to 512 GB with the help of a dedicated microSD slot. The smartphone also offers some additional camera features such as Live Focus, Super Steady Video, and Smart Switch and more which are preloaded in the stock camera app.

It comes with an L-shaped Quad Camera setup including an 48MP primary sensor, a 12MP Ultra-wide (123° FOV) sensor, a 5MP depth sensor, and a 5MP Macro, it also has support for LED Flashlight which has been mounted along with the quad-camera setup. On the front, it comes with a 32MP selfie camera to capture some detailed selfies. The Galaxy A51 comes with a decent 4000mAh battery, along with support for 15W Fast Charing which is considered decent when compared with other devices in this price segment. Samsung has four color variants to offer – Prism Crush Black, Prism Crush White, Prism Crush Blue and Prism Crush Pink. 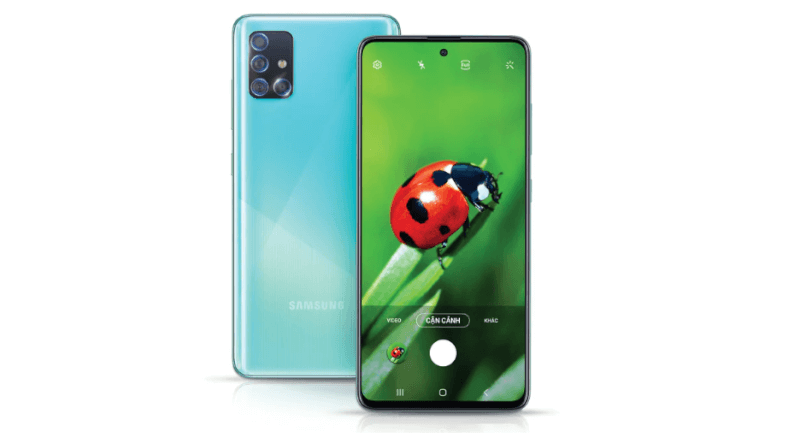 The Galaxy A71 is may seem like an similar device to the Galaxy A51 in multiple scenarios but it comes with some changes as well, starting off with, It comes with a 6.7inch gigantic FHD+ Super AMOLED display with a screen resolution of 1080 x 2340 px, and a pixel density of above 400 ppi. Similar to the Galaxy A51, it also sports the same Infinity-O Panel and offers a great viewing experience. 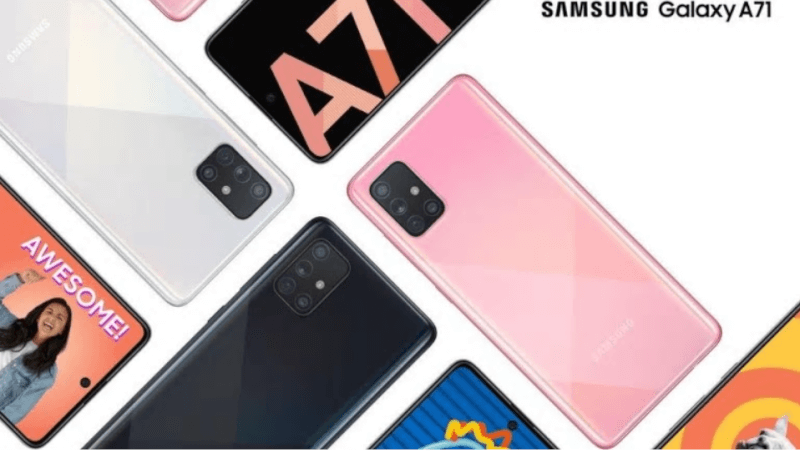 Samsung has decided to go on with the Qualcomm Snapdragon 730 SoC and it seems a worthy upgrade from the Exynos 9611 SoC, It also continues the trend of a quad camera setup as well where the primary sensor has been replaced with a 64MP sensor instead of the 48MP one and the rest of the camera sensors remain the same which include a 12MP Ultra-wide (123° FOV) sensor, a 5MP depth sensor, and a 5MP Macro lens. For selfies, Samsung has chosen a 32MP selfie camera to click some sharp pictures.

There has been no information or hint on the pricing via Samsung but sources claim that it will be priced around Rs.37,999 INR, and hopes to increase sales for Samsung in the upcoming year 2020. Both these phones will be soon launched in India around the first quarter of 2020.

Follow TechBurner Team on Social Media to get the latest updates Instantly: