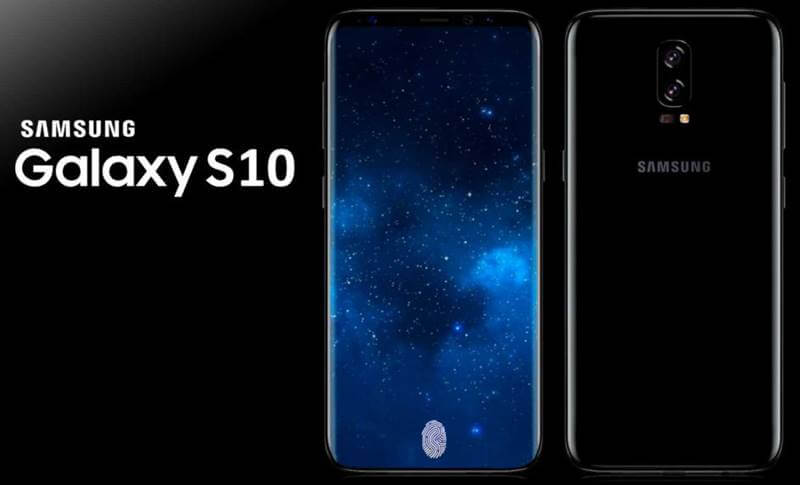 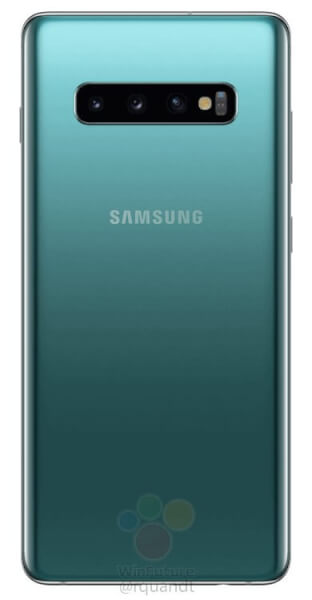 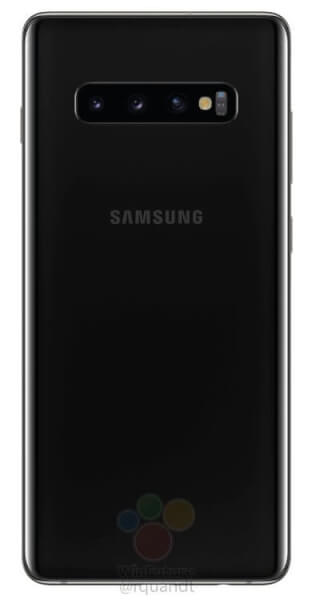 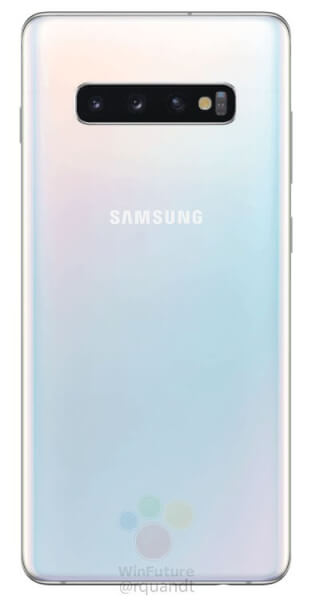 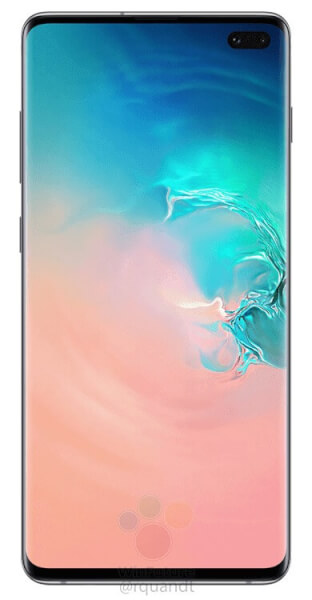 The white is the most interesting color for the two Galaxy S10 models since it appears to have a gradient color scheme. Hints are of pink, green, blue, purple, orange, and white. If this is anything like the Huawei Mate 20 Pro’s gradient colors, the gradient white Galaxy S10 will be the most eye-catching model Samsung will offer.

These renders show off the two smartphones from the front and back. However, interestingly, Samsung hasn’t released any render for the top and bottom, probably because of the headphone jack. We guess they do not want us to know if it has been retained or not. The Galaxy S10/S10+ in black looks like Samsung’s earlier models. The teal model is a new color for Samsung, though.

A fingerprint reader isn’t available here. Though, it’s quite obvious that in future, under display fingerprint scanners will reign. However, the cases continue to consist of glass and metal as a frame material for the two new Samsung smartphones. Samsung also continues the Bixby button, which is again located below the volume rocker.

There is no data about Samsung Galaxy S10 E as of now. For the upper-end variants, we suspect an area based Exynos 9820 or SnapDragon 855 under the hood. Whereas, there is no information about the cheaper counter part, S10E.

As for the colors, the customer initially has the choice between black, white and green, while the Galaxy S10e also a yellow variant is expected. A little later, even blue models of the new S10 series are likely to be introduced.

For more info, check out the video by XDADevelopers.

Google Ordered by French Regulator To Take Measures on Ads.