How to Enable Screen Lighting Effects on Realme Devices! 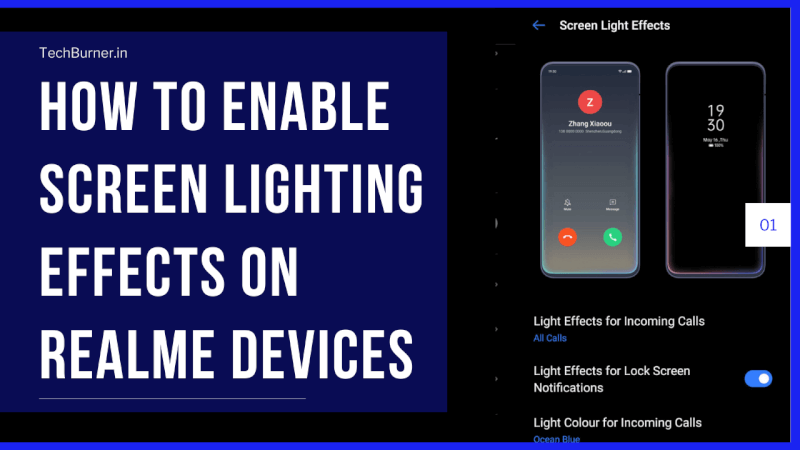 We receive a lot of notifications every day, but it is quite essential to categorize them whether they are high priority or not. To help with notifications, our smartphones come with a simple tech called, LED Notification which shoes a custom light to notify you just received a notification. But, brands like realme, OnePlus, and many others are not using this LED Notification tech in their Smartphones, which is a con, and many users complain about it.

Realme’s new RealmeUI based on Android 10 and ColorOS 7, adds a ton of new features including this new screen lighting mode, a new redesigned and visually better-looking UI, with lots of customizations features revolving around app icons and interface. Coming back on how to set up this realme screen lighting effects (LED Notification on Realme devices).

How to Setup Screen Lighting Effects on Realme Devices:

Step 1: Open Up the Settings App on your Realme device. 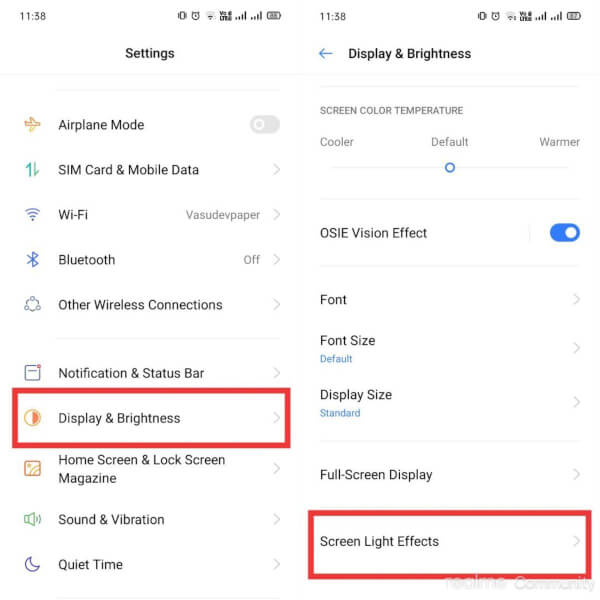 Step 2: Search for the option stating “Display Brightness,” On the next page that opens, select the menu saying “Screen Lighting Effects.” 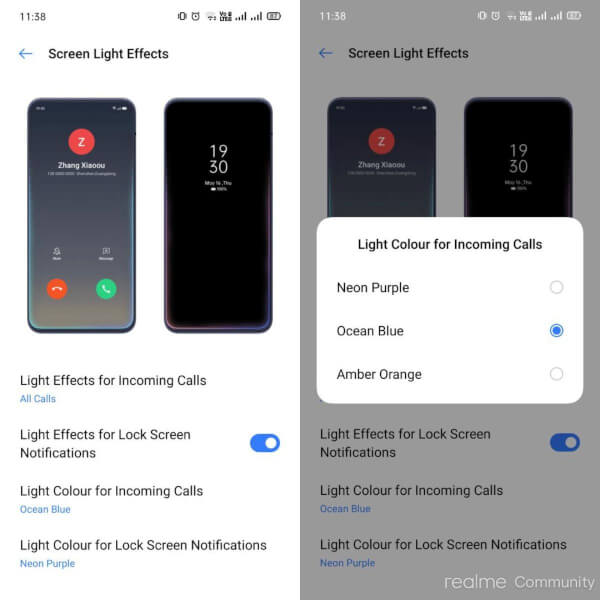 Step 4: There are mainly three color options, namely “Neon Purple,” “Ocean Blue,” and “Amber Orange.” You can select any one of these as per your look. 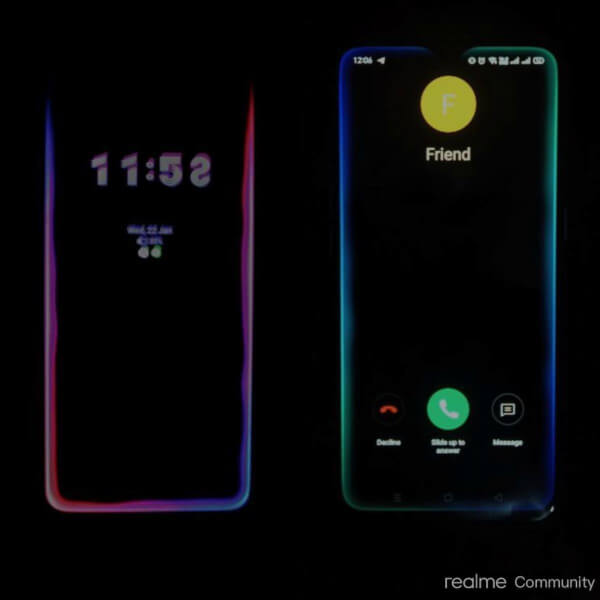 All the Realme Devices with AMOLED Panel that is running Realme UI can support this feature, so if you are a realme user, you will definitely get it. Stay tuned here is a small list of devices.