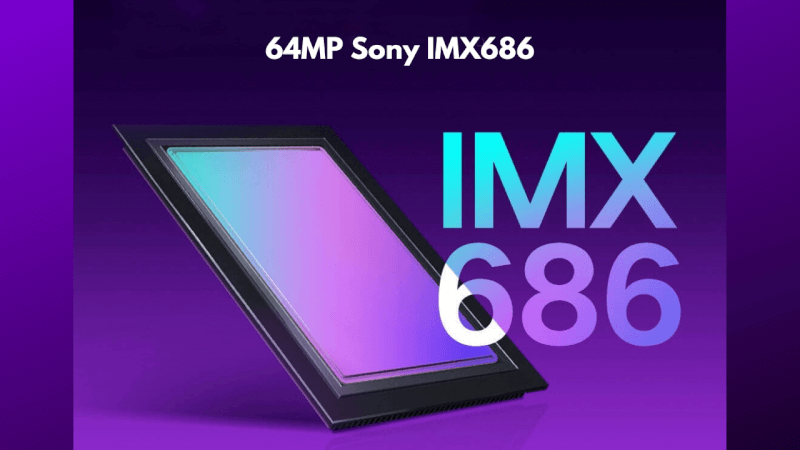 A lot of smartphone brands have launched a lot of phones with the 48MP Sony IMX586 sensor. From Redmi Note 7 Pro to OnePlus 7 Pro, from Midrange to Flagship, this sensor was highly popular in all segments. The higher megapixel count and pixel binning technology help to produce sharp and bright images. Then Samsung launched a 64MP Isocell GW1 sensor which was used in Realme XT, Realme X2 Pro, and Redmi Note 8 Pro. Sony is all set to launch a new 64MP Sensor, Sony IMX686 which will be the successor of the previous-gen 48MP sensor. Redmi K30 will be the first phone to come with this new sensor. Check out Sony IMX686 Specifications in this article.

Sony has not released any official information of the new sensor but the teaser post of Redmi K30 confirms some specifications of the sensor. The first and major upgrade we will see in the IMX686 is the higher resolution, from 48MP to 64MP. This will produce 9248 x 6944 pixels images. The sensor size is 1/1.7-inch. Redmi K30 will be equipped with a lens with f/1.89 aperture. The pixels are 1.6µm each of which in reality is 0.8µm and achieves the 1.6µm size by 4-to-1 pixel binning. It shoots 16MP by default and like all other high megapixel sensors, it will allow shooting 64MP in a separate mode.

Previous rumors suggest that the new Sony Sensor will be 60MP in resolution but the teaser of Redmi K30 confirms that the Sony IMX686 is indeed 64MP. Samsung has also launched a 108MP Isocell Bright HMX sensor. We have seen this sensor on Mi CC9 Pro/Mi Note 10. Some reports suggest that the upcoming Samsung Galaxy S11 series will come with a 108MP primary lens. Let’s see what Sony offers to compete with this sensor. We will have to wait to get more information about the Sony IMX686 sensor. Check out camera samples of this new sensor which was officially posted by Sony on Weibo. Sony IMX686: Check Out Camera Samples

Share your thoughts about Sony IMX686 specifications in the comments down below. Are you using a smartphone with a 48MP sensor?