Previously launched Android Go devices were not successful in India and the main reason being their high prices and low specifications. We cannot expect high performance from such phones, but these phones may be used as a secondary phone for a business user or a person who wants to buy a very cheap phone 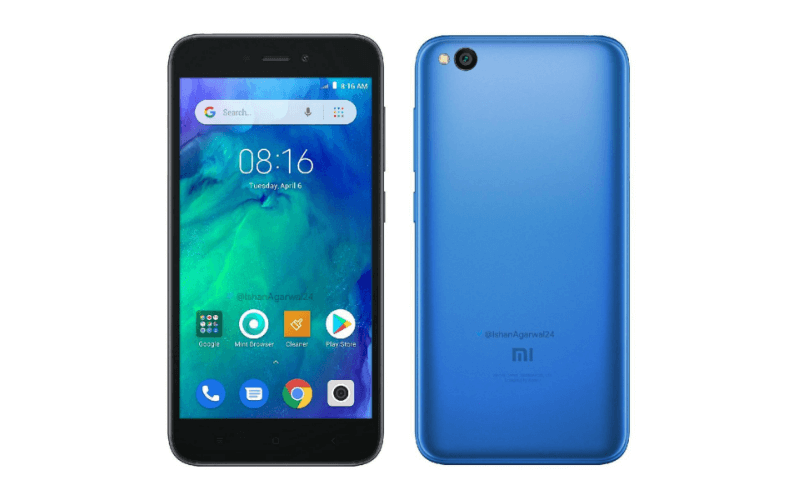 The Redmi Go is expected to launch with a 5.0inch HD Screen with a resolution of 1280 x 720 and a 16:9 Aspect ratio. A 5inch HD Screen in a device under 4000 INR would be great. The device is also reported to come with a 3000mah Battery and 5V 1A charger in the box. The device would be weighing about 137g and would have a Dual mic and noise reduction. It would be launching in 2 colors Black and Blue

The device is said to come with a Qualcomm Snapdragon 425 chipset with a maximum clock speed of 1.4GHz. The Device would come with 1GB of ram and 8GB of internal storage and the good news is it would support SD Card up to 128GB. It would have a single camera set up on the back which would be of 8MP and f/2.0 aperture and the Selfie Camera would sport a 5MP Set up with f/2.2 Aperture

The device would support dual sim’s and dual LTE and would have a Bluetooth 4.1 Support and MicroUSB port for charging. Therefore this device runs on Android 8.1 Oreo (Go Edition)

The Redmi Go should be priced at RS 3000-4000 if the company wants to make the device a huge success. Till now the pricing has not been revealed by the company or any leaks we expect it to launch under the price bracket of 5000 INR.

Apple Airpods 2 : With Health Tracking to be launched soon