BGMI All Stars Invitational: Here is All We Know About the First BGMI Offline Tournament 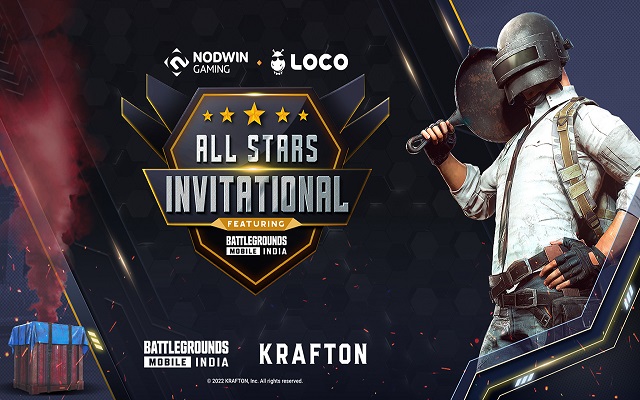 Famous streaming platform Loco has joined hands with Nodwin Gaming to announce the “All Stars Invitational” for BGMI. This will be the first ever offline tournament for BGMI esports. The event is scheduled to happen on 26 April and will go on to 28 April in Delhi. Till date, BGMI fans have experienced a number of online tournaments, so this can be a new indulgence for them. It will also bring back the old enthusiasm and charm of the esports tournaments.

Teams for BGMI All Stars Invitational These 15 teams will fight it off in the offline tournament for the glory. The last LAN event to take place in India before this was the PUBG Mobile All Stars in 2019. It has been a while since then, and the fans along with the players will be looking forward to some offline adrenaline rush. The fans and the community will look forward to the best performance by the invited teams. Teams like TSM and OR have drawn a lot of attention with their form in the recent past, and it will be exciting to watch them perform.

Being a part of an offline tournament will also bring back the loud roars of cheers, and excitement from the audience. It will definitely create more pressure for the players, but being online for more than a year also calls for a change. The BGMI All Stars Invitational can also open the gates for multiple other offline esports tournaments in the country.

One sad news for the fans and the community is that Team SOUL will not be a part of this tournament. One of the members of the team, SOUL Goblin, had a medical emergency on his way to the event. This led to the entire team dropping out of the tournament. Team SOUL has been replaced by Team Insane for the competition. The team of Adi, Stoney, Deep and Sayyam will have a lot of eyes watching their performance. The prize pool of the event is INR 55 lakh, and it will stream exclusively on Loco’s platform at 17:00 IST. The venue for the tournament is yet to be disclosed, and the presence of the audience is also unclear.

This was all we knew about the upcoming BGMI All Stars Invitational, it will be exciting to witness an offline esports tournament after a good break. For more such exciting news, keep an eye on Techburner.

Free Fire Guide: Taming the Gloo Walls for Your Advantage