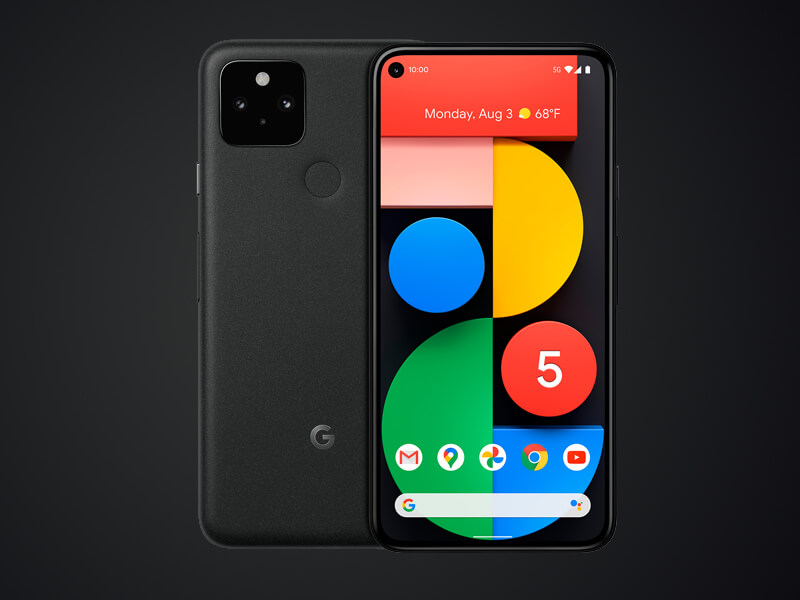 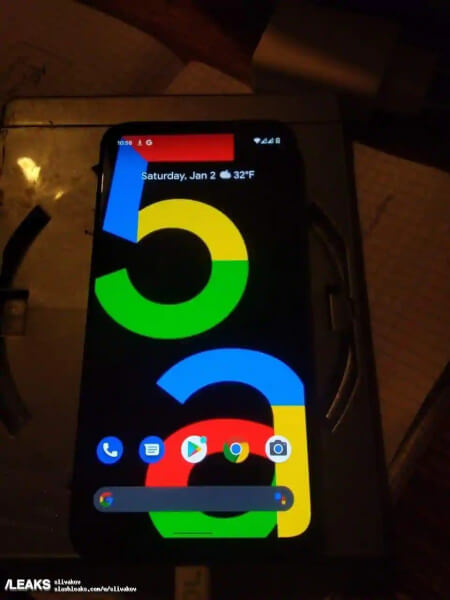 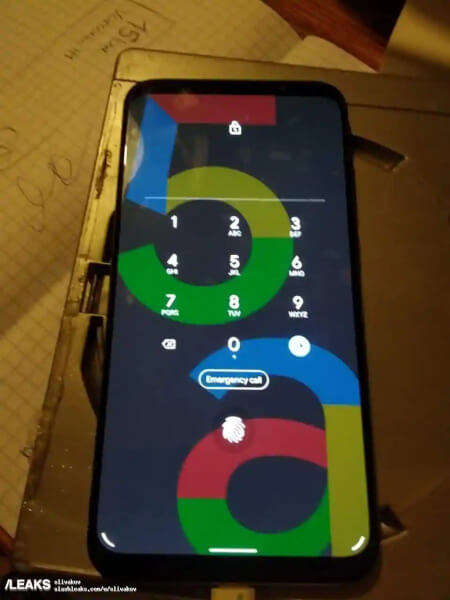 An online website called Slash Leaks has shared the Google Pixel 5a live images. The photos shared by the website reveal the physique of the device from the front. As shown in the image, we can clearly see that the device is having thick bezels that are kind of old fashioned right now. Also, the front camera can be seen on the narrow bezel on the upper part of the device. As per the leaks, the device will arrive with 6GB of RAM and 128GB of internal storage. It is also being said that Google pixel 5a will come with a video stabilization feature that is pretty much similar to Pixel 4a 5G and Pixel 5 smartphones. The Video Stabilization feature has a standard option for light movements, a locked option for faraway stable shots, and an active option for heavy movements. Moreover, it even has a Cinematic Pan option for panning shots. Other than all these, we will finally get an in-display fingerprint scanner in a Pixel Device.

It is expected that Google Pixel 5a will come with a 5.81-inches Full HD+ display having a resolution of 1080 x 2340 pixels. As there is an embedded in-display fingerprint scanner, the display is expected to have an AMOLED panel. Moving to the battery, it is expected to feature a 3,800mAh battery with 15W fast charging. Although the charger wattage is pretty slow, Google’s optimization will help the device to get charged faster using AI techniques.

Talking about the camera, there are many leaks suggesting the camera module to feature a single-lens 12MP primary camera. However, there are leaks about featuring a triple camera module too. At the front, we will get an 8MP selfie shooter featuring an ultrawide lens. Regarding the video stabilization, the device comes with some exciting features including three different options namely – Standard, Locked, and Active. It also has a feature called Cinematic Pan for cinematic shots like Pan and Zoom.

Google Pixel 5a is expected to be powered by the Qualcomm Snapdragon 730G SoC, which is a quite powerful processor. But, it’s kind of an old generation chipset as most of the devices are featuring 5G and much better processors nowadays. It has the Kryo 470 Octa-core CPU based on 64-bit architecture. Moreover, on the GPU end, it has Adreno 618 GPU. Also, the 8nm architecture makes it a pretty much battery efficient processor.

Below is the quick specs chart as the overview of the expected features of Google Pixel 5a:

Google Pixel 5a Price in India

The Pixel 4a was launched in October in India at an unexpected price of Rs 29,999. Following the same price bracket and as a successor, we expect Pixel 5a to come for similar pricing i.e around Rs 30,000. However, the price might go higher if Google wants to do so. For your ease, we will let you know once if there are any further leaks regarding the Google Pixel 5a price in India.