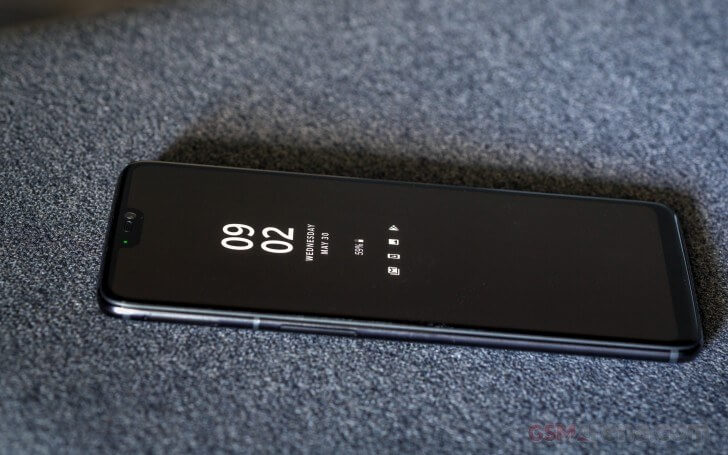 OnePlus 6T, perhaps one of the best smartphones from 2018 by OnePlus brand. It checks pretty much all the good features of a flagship and costs less than them like having Qualcomm Snapdragon 845, 6GB, 8GB or even 10GB RAM in special edition, AMOLED Display, good SOT (screen on time) etc. It is a great performer with great hardware with Oxygen OS being close to stock android with tons of features and customizations up its sleeve.

The Always On Display is a feature specially made for devices having AMOLED Displays which shows Time and recent notifications on the screen while sleep on a smartphone such that user can have a glance at notification without actually unlocking the device. As the Black color does not lit up in the AMOLED Displays it saves a lot of battery while showing time and notifications in the sleep mode on the smartphone. Usually, this feature comes in popular devices like Samsung flagships (Note 9, S9 etc.) and Google Pixel Devices.

The display used in the OnePlus 6T is an optic AMOLED display size of 6.41″ and a resolution of 1080 by 2340 pixels. Despite having Oxygen OS, the device still lacks the Always On Display feature for some unknown reasons complained by many users to the company as having an AMOLED display means, the device should be able the take the full advantage of the Always On Display.

The user just needs to install this Module from the Download link given below. Further, the user needs to go into Magisk Manager >  (swiping right) Modules and tap on yellow “+” icon to locate the Module from the folder in which it has been downloaded and then tap on Install. After installing the module, the user should reboot (restart) the device to use the feature.

Fuchsia OS: Next Google Big thing could Replace Android OS and How to Download it right now !