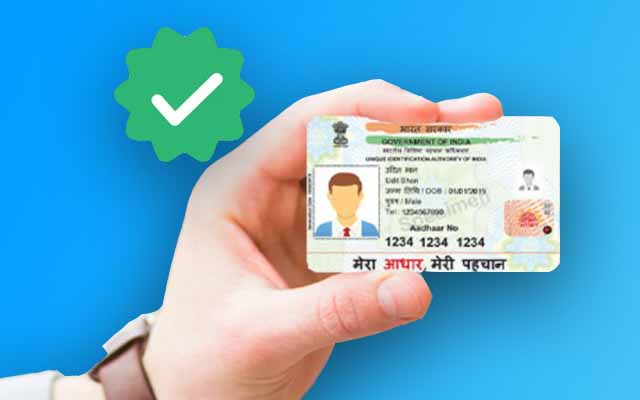 https://www.ispeech.org/text.to.speech
Your Aadhaar Card is more than just another official document. It is our identity and residence proof, besides that, you can use Aadhaar Card to get benefits from many schemes by the Government. The Indian Government has made it mandatory for every person to have an Aadhaar Card to get other government authorised documents such as  Ration Cards, passports and even PAN card. However, there are some people who have been issuing fake Aadhaar Cards. This makes it easy for certain people to do fraud like crimes. There is a way through which one can verify if an Aadhaar number is real or fake. The Unique Identification Authority of India (UIDAI) has shared two methods through which a person can check whether the Aadhaar number is real or fake. In this article, we are going to tell you how to verify an Aadhaar number.

How to Verify if an Aadhaar Number is Real or Fake?

Here's how to check whether your Aadhaar Card number is real or fake:

Step 1. Visit www.uidai.gov.in on your PC or smartphone.

Step 2. Now on the home page scroll down and click on the Verify an Aadhaar Number option under Aadhaar services.

Step 3. A new page will open up where you have to enter the Aadhaar Number and fill in the captcha to verify.

Step 4. Once you have filled in all the asked details click on Verify Aadhaar option.

NOTE: Once you are done with all the steps you will be taken to the next page where it will show you details about your Aadhaar Card if the Aadhaar number exists. If you not you can complain about the Aadhaar number on the UIDAIs helpline or you can ask at the nearest Aadhaar centre.

How to Verify Aadhaar Number is Real or Fake using the mAadhaar App?

Here's how to verify your Aadhaar number using the mAadhaar app on your smartphone:

Step 2. Now search for the mAadhaar app and download it on your smartphone.

Step 3. On the home page, you will find all the services that you can access through the mAadhaar app.

Step 4. Tap on the Verify Aadhaar option under Aadhaar services.

NOTE: A new page will open up where you have to enter the Aadhaar Card number and fill in the captcha to verify you are not a robot.

Step 5. After you have filled in all the details tap on the submit button.

Step 6. Once you are done with all the steps it will show you whether the Aadhaar number is real or fake.

So, these are the two methods through which you check any Aadhaar number if it's real or fake. Through these methods, you can keep yourself safe from getting scammed. "UIDAI recommends verifying 'Aadhaar' as an additional check for residents, for instance, at the time of hiring an employee, domestic worker, driver or renting out to a tenant. The general public can also verify another person's Aadhaar as a part of the background check at any point in time," UIDAI wrote in a press release.

How To Download Android 13 Developer Preview for Asus Zenfone 8