How to Run Android Apps and Games on Linux? 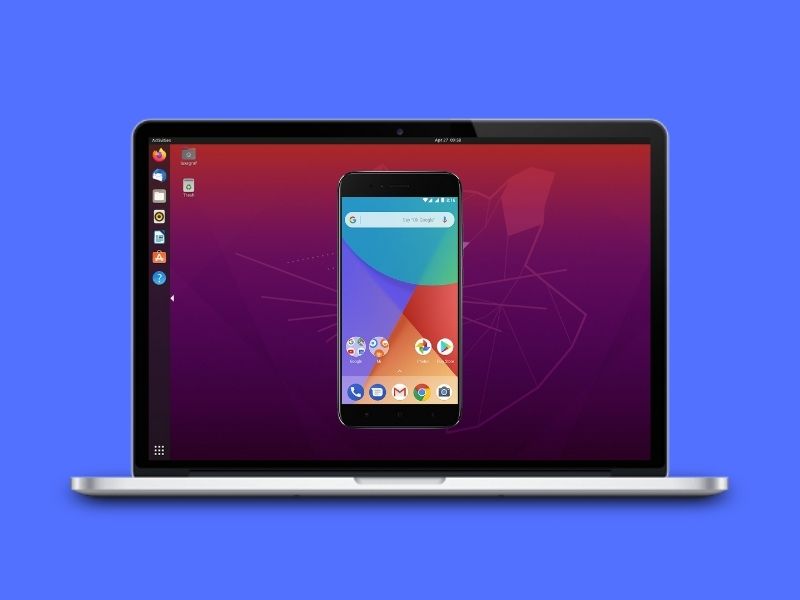 iSpeech
Do you want to run android apps and games on Linux? But Android isn't natively supported on Linux. However, they both share the same kernel. In case you were not aware, most of our Smartphones run on ARM64 based Linux Kernel. However, if we try to run APK files on Linux, it isn't possible in a straightforward way. Android APKs are not simple executables like .exe files on Windows or .dmg files on Mac. They're basically installer packages like ZIP files that extract files to specified places. When run, the extracted files use the Android operating system's features to access the file system, hardware, and other resources. Some Linux distros have some sort of Android App compatibility. But you have to use Android emulators or choose an OS that supports Android apps. There are many alternatives available, but Anbox is the most effective. This program allows you to run android apps on Linux without an emulator. Let's have a look at how to use Anbox to run android apps and games on Linux.

How to Run Android Apps and Games on Linux

Anbox is a free and open-source program to run android apps and games on Linux without an emulator. It's based on the Android Open Source Project's (AOSP) most recent version and provides a windowed Android environment. It has no restrictions, meaning you can run any software of Android on Linux.

The steps for using Anbox on your Linux System:

Anbox comes as a snap package. So, unless your Linux OS can unpack and install snaps, you won't be able to use Anbox.

From Ubuntu 14.04 onwards, snapd is pre-installed. Ubuntu 16.04 LTS and later have official support for Anbox. For Ubuntu 20.04 LTS, however, only a beta version is available, which causes additional procedures.

Use this terminal command to install snapd:

The following are on how to install Anbox on your Linux PC after installing the snapd service.

3. Now there will be options: 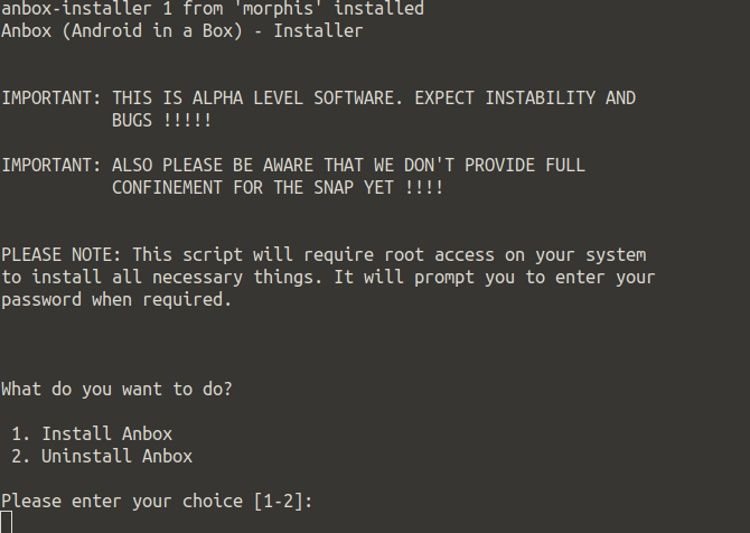 5. After that, you'll get a summary of the installation's functions.

6. Wait for Anbox to install after typing I AGREE. Before continuing, follow the instructions to reboot.

On Ubuntu 20.04 LTS, Anbox installation is different because there is only a beta version available.

To install the Anbox beta version:

Wait for this to finish installing before restarting your computer.

How to Install APK Files on Linux

After restarting, there will be Anbox in your desktop menu. Click it to start, and the Anbox window will appear shortly.

It will show you a list of fundamental Android apps like Calendar and Email. To access these icons, just left-click them. They'll appear in the new window. The WebView Shell is provided if you need a browser.

Download Android Apps from Google Play and Other Sources

To use android apps and games on Linux, just download the APK files. It will install just like any other Android app.

On Anbox, you have two choices for installing apps:

Sideloading is a straightforward process. You'll need to allow installation from unknown sources if you want to sideload APKs:

Anbox Playstore Installer, a GitHub project, allows installing applications in Anbox as simple as on your mobile or tab.

In Android, make sure you have the right permissions.

From Google Play, you can now install Android apps in Anbox directly.

Anbox is a solid choice to run android apps and games on Linux, but it isn't the only one. You may also use:

There is also two Android-based OS that can be installed on x86 PCs. They allow you to use Android apps:

That's all for today. For more hacks follow TechBurner!

How to Get Student Discount On Amazon Prime