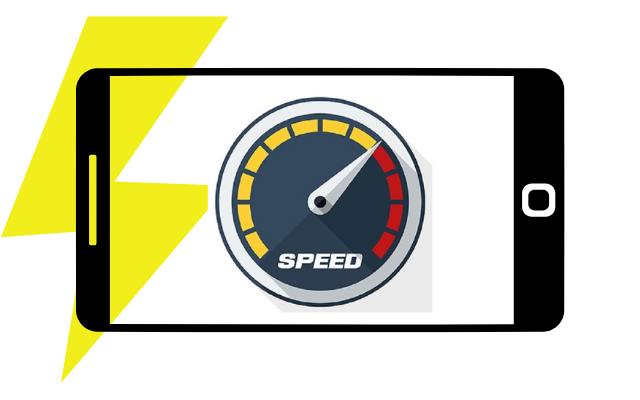 There are a lot of things to love about using an Android smartphone but ageing is not one of them. Usually, most Android smartphones do not age well which results in slow performance over time. However, this is something that can be fixed up to a certain extent. If slow speed is the main issue of your smartphone, then these tips and tricks on how to speed your Android phone can prove to be helpful. These are simple, practical yet effective ways which if one practice can boost the speed of your existing Android phone no matter how old it is.

Obviously, we cannot guarantee speeds that match the original pace of your smartphone when it was brand new but it will give you a noticeable improvement. It will prolong the life of your smartphone and make you consider twice before upgrading to a new one. So, without any further ado, let’s check how to speed up your android phone.

How To Speed Up Your Android Phone

Sometimes, starting from scratch can be a blessing in disguise. Factory reset is one of the safest options to give your old smartphone a fresh new start. However, it does have some prerequisites. For your own safety and security, you should backup all your phone’s data before setting everything back to default, that is, performing a factory reset. Backup data usually includes photos, videos, contacts, SMS and relevant app data such as WhatsApp chats. Using cloud storage platforms such as Google Drive and OneDrive is a good option as well as storing a local backup on your laptop.

This ensures that you do not have to set up your entire smartphone from scratch for each and every app. You can simply restore your backup from the relevant sources and Google will automatically detect that it’s you. The entire process of taking backups, performing a factory reset and restoring old data might be a bit time-consuming but the benefits exceed the efforts.

You will notice a big difference once you set up your phone after a factory reset. App launching speed will improve, multitasking abilities will be better and overall, the smartphone will become faster. The reason being a factory reset clears all the junk files in a smartphone that get accumulated over time without us being aware of it. This technique to speed up your smartphone works 100% perfectly.

How To Perform A Factory Reset?

Here are the steps to perform a factory reset on any Android smartphone illustrated on a Samsung device. (Some settings may differ depending upon the smartphone):

Update to The Latest Android Version

Every once in a while, electronic devices such as laptops, smartphones and tablets need a software update. It is very important for the devices to stay up-to-date with the latest software since it helps improve a number of bugs and brings stability to the devices; thereby improving performance considerably.

Many of us ignore the software updates and keep pushing them further instead of installing them right away. If this is something you have been following then it could be one of the reasons for your phone’s slow performance. To speed up your Android phone, make sure you install all the software updates at the earliest. These are usually in the form of operating system updates and Google’s security patches for Android phones.

How to Upgrade to The Latest Software?

In order to upgrade your Android smartphone to the latest software available, follow these simple steps:

It is important to keep your phone’s storage at an optimum level. Meaning, don’t overburden it with unnecessary things to the extent that there’s very little free space. It also does not mean uninstalling apps which you actually need just to save storage. The key is to keep your system as clean as possible, eliminating clutter.

How to Clear Storage to Speed Up Your Android Phone?

In order to understand what’s taking up most of the space on your smartphone and clear the junk files accordingly, you can follow these steps:

While replacing some of the apps with their Lite version is a great way to speed up your Android phone, uninstalling completely unused apps is an even better way to clear up storage and boost performance.

If you go to the Settings menu on your Android smartphone and turn to App Info, it will show you which are some of the most unused apps on your device. For instance, let’s say you installed an app for a one-time task but forgot to delete it afterwards. It will just sit in your smartphone, taking up space and having a negative impact on the performance of your smartphone.

Most of us use our smartphones for almost all our needs. Whether it’s social media, gaming or video editing, all of this can be done on our smartphones. So, we usually tend to hop from one app to another- hailing a cab from Uber, ordering food from Zomato and wishlisting on Amazon.

These apps tend to remain active in the background by default unless we manually kill them. It takes up a toll on the smartphone’s RAM since it is forced to store as much app data as it can in its memory. This is particularly harmful to heavy apps such as PUBG and Photoshop.

Therefore, closing background apps is a small yet effective technique for boosting smartphone performance and increasing speed. Only keep those apps which you need frequently and on a daily basis such as WhatsApp, SMS and Phone calls.

Use Lite Versions Of Apps

Many of us don’t know this, but popular smartphone apps such as Instagram, Facebook and Spotify tend to take up a lot of storage. They continue to store app data which after a point becomes too large, slowing down the phone and deteriorating performance. They also consume more data and thereby more battery.

The Lite version, on the other hand, is a lighter version of an app which consumes less data, takes up less space and loads faster as compared to the regular version of the same app. All the basic and important features of the original app are retained in the Lite version cutting some minor corners here and there. For instance, the interface is minimal and you won’t get as many animations and transitions as you would in the original app.

So, if you want to keep some apps but don’t use them that often, you can get the Lite versions of the same. Some of the popular apps whose Lite versions you can use are:

If you have an old Android phone whose software support by the manufacturer has reached the end of its cycle, then you can consider installing a custom ROM. It is generally suitable if the hardware of your phone works pretty well but the old software has made it slow over time. Full disclosure, installing a custom ROM voids your warranty but considering the smartphone is quite old, the warranty must have already expired so nothing to worry about there. Sometimes, due to incorrect installation or some other reason, your smartphone may not function properly so proceed at your own risk.

The first thing you would want to do is make sure that your phone’s bootloader is unlockable. Without that, it is not possible to proceed further. Once you have figured that out, the method to root and install a custom ROM also depends on the smartphone model and the device manufacturer.

Some of the popular custom ROMs are LineageOS, Pixel Experience and Paranoid Android. However, do check for the best one that will be most compatible with your device in terms of stability and performance. Make sure you do your research well and only then proceed with installing a custom ROM.

Advantages Of Installing a Custom ROM

So, that’s it for this one. For more such interesting articles, stay tuned to TechBurner!