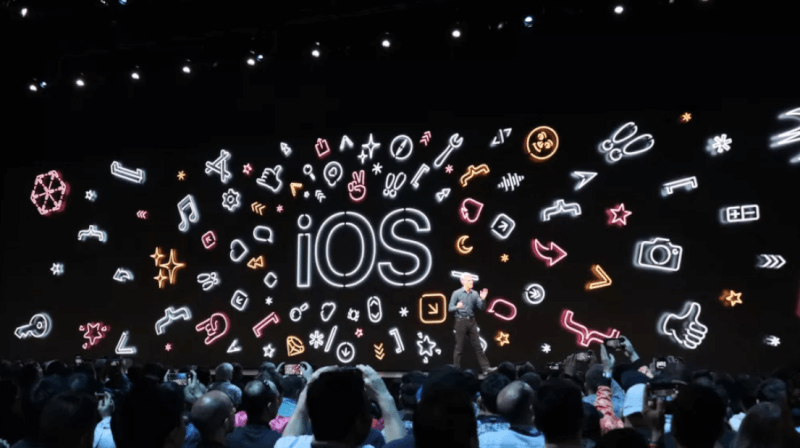 Even if the iOS 14 release date is still very far off given certainly it is still enjoyable the iPhone operating system update. iOS 14 will have many improvements and features. Many users prefer Apple devices because of the security and performance of the devices. Now, some fresh news is surfing on the internet that Apple is currently working on new iOS 14 features. For instance, Apple is said to be working on Customised Wallpaper Settings and Home Screen Widgets for iPhone with iOS 14. According to the latest reports, the next iPhone software update might come with a redesigned wallpaper settings panel to offer a better organisation. Meanwhile, continue reading the article to know more about this new iOS 14 features, release date and iOS 14 supported devices.

The report says that Apple might be working on bringing widgets iPhone’s home screen with iOS 14. It means instead of pin widgets like on iPadOS 13, the new widgets on iOS version can be moved around iPhone’s home screen. iOS and iPadOS support widgets up to a point, but based on early code snippets it looks like you might be able to add widgets to your Home screens in iOS new version as well. However, at the moment sources say the feature could be still be scrapped. 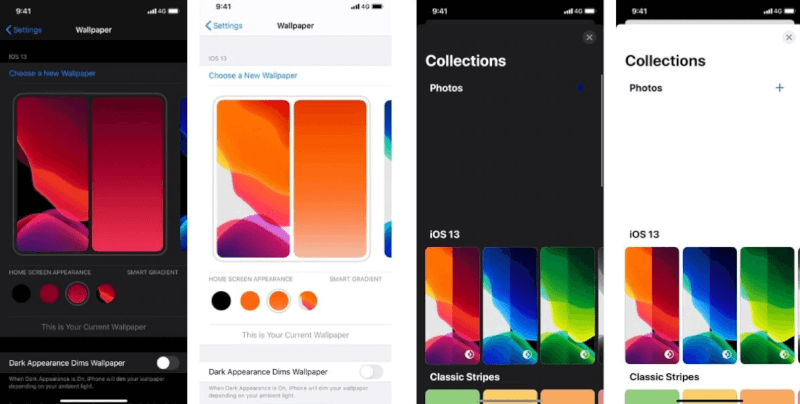 Other leaks suggest that more wallpaper options will be added in iOS new update. Firstly, you will be able to add dynamic, flat and gradient options. Similarly, the new panel shows default Apple wallpapers separated by three kinds of collections ‘ ‘Classic Stripes,’ ‘Earth and Moon,’ and ‘Flowers’. So, these two iOS 14 features most likely to be introduced in the final build.

iOS 14 could have a new App Switcher

A leak reveals supposedly shows an internal build of iOS 14 where it sports a new app switcher layout similar to the one on iPadOS. Rather than the current switcher that switches apps out like a deck of cards. Subsequently, this one shows four per screen with a smaller image of each. However, take this leak with a pinch of salt. The leak might not be genuine and even if it is, the presence of a feature in an internal build does not mean it will be available in the finished version. In short, Apple might just be trying it out this new app switcher. 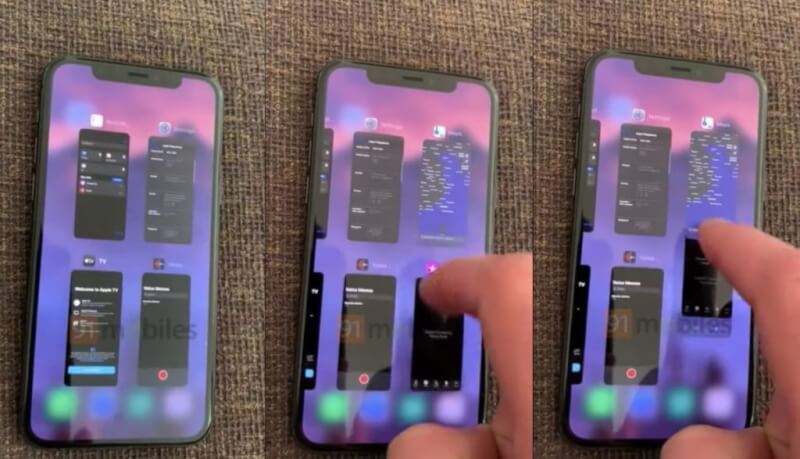 Here are the expected devices to get the iOS 14 update:

Given last year’s significant iOS updates came out on September 19, one day before this year’s new iPhone launch. It is expected that iOS 14 will launch in late September 2020. That will be just in time for the launch of the iPhone 12, which will be the first phones to get the next iOS.

In conclusion, Apple follows prior years it will likely unveil iOS 14 at its annual WWDC conference. WWDC 2020 will likely be in June moreover it will also open the initial developer beta on the same day. Therefore, the first public beta will follow later in the month, and will finally accordingly get new beta updates after the developer versions. So, are you excited to try out new iOS 14 features? Let us know in the comments.

That’s it for Today, Stay tuned to TechBurner for more Tech Updates!