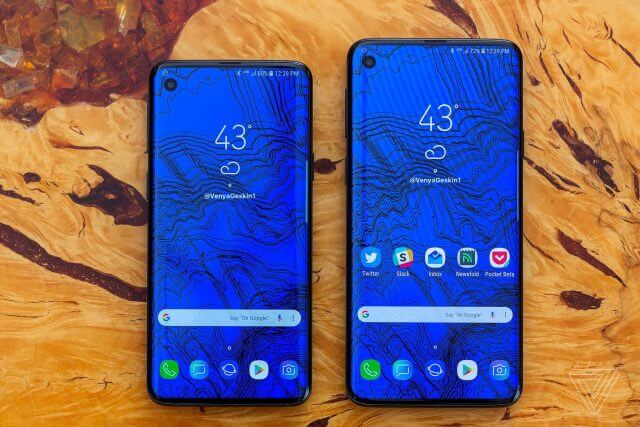 Samsung Upcoming flagship Samsung Galaxy S10 is expected to launch next year, at the tenth anniversary of Samsung, and this time Samsung is crossing all the boundaries of research and development. Leaks are suggesting lot’s of exciting features are going to take place. After the Developer Conference of Samsung, where Samsung officially announced it’s foldable smartphone. In this Article, we will be talking about expected Samsung Galaxy S10 Price also.

Now the upcoming Samsung Galaxy is making lot’s of buffs before it’s launch. A very new leak is suggesting that Samsung Galaxy S10 will have a lower variant, which will have the same zero infinity display with side fingerprint scanner, same as Samsung Triple camera phone, Samsung Galaxy A7.

Recently we got to know that the tenth smartphone of galaxy series will be going to have their variants. The first two variants will have a curved display of 5.8 inches and 6.44 inches while the third variant will have a flat panel with a display size 5.8 inches.

There is a well-known leaker called Ben Geskin who gives us some exude on twitter. According to him, the S10 is going to have a budget variant as seen in 2018 by Apple. The budget Galaxy S10 has flat Infinity-O display panel and if you don’t know this new display technology than it is a simple display with a camera hole in the upper left corner. The technology has been discussed previously by Samsung. Another leak is that the device has a dual camera setup at its back which is a change from the previous one. According to the report, the S10 will have side mounted fingerprint scanner. But we saw the same attachment in Galaxy A9 which is according to me doesn’t work as fast as other works.

The Galaxy S10 will have Snapdragon 845 chipset which is a flagship processor of 2018, but there may be a chance that we could see the new flagship processor by Snapdragon, i.e. 8150 in new S10. If we talk about pricing of the device than don’t confuse by a word budget because the definition of the budget seems to be different for Samsung and Apple.

The new S10 budget will have the pricing of around 650$ to 700$. So let’s wait for the official announcement Samsung, but it is confirmed that Samsung has prepared something fascinating for the audience.