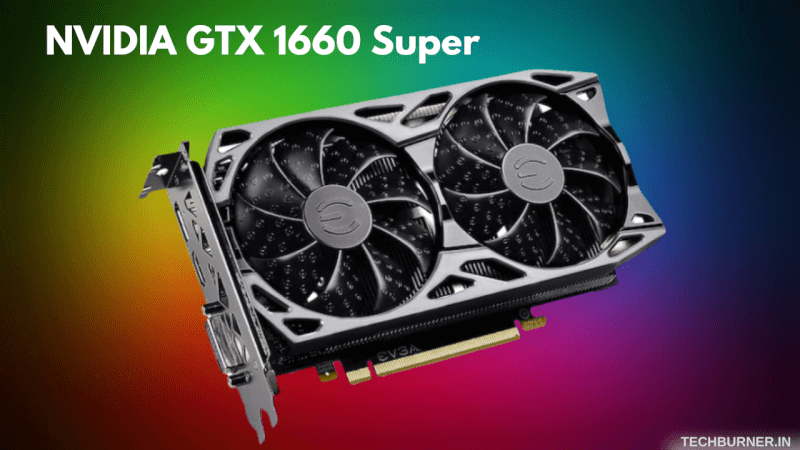 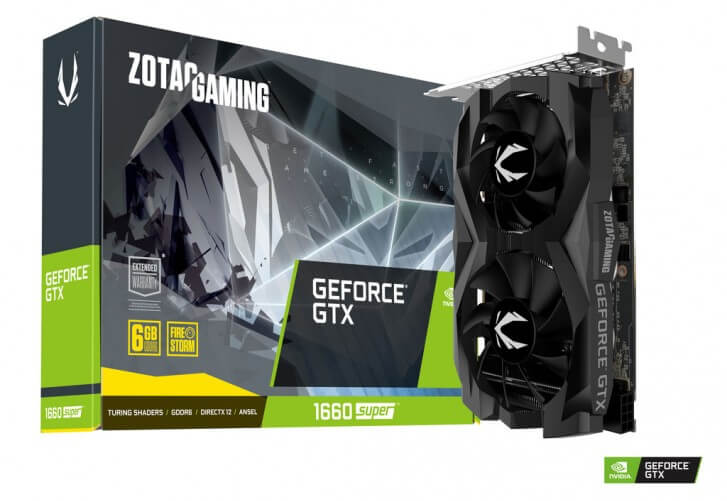 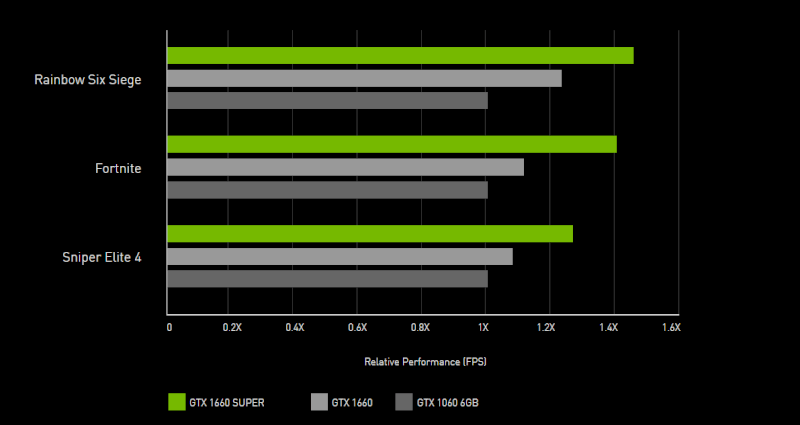 Just like the GeForce RTX Superseries, 1660 Super also offers better performance. As you can see in the above FPS comparison, GTX 1660 Super outperforms the GTX 1660 in popular games like Fornite, Sniper Elite 4 and Rainbow Six Siege. The GTX 1660 SUPER has the same 1408 CUDA cores as the GTX 1660. The base clock speed 1530MHz and boost clock speed 1785MHz are also same as 1660. However, the GTX 1660 Super uses faster 14Gbps GDDR6 memory rather than 8Gbps GDDR5 memory resulting in improved memory bandwidth.

The GTX 1660 SUPER is going on sale from October 29 through various partners including ASUS, Colorful, EVGA, Gainward, Galaxy, Gigabyte, Innovision 3D, MSI, Palit, PNY and Zotac. The GTX 1650 SUPER will be available from November 22.