OnePlus 'iDares' Apple : The Troll game is on 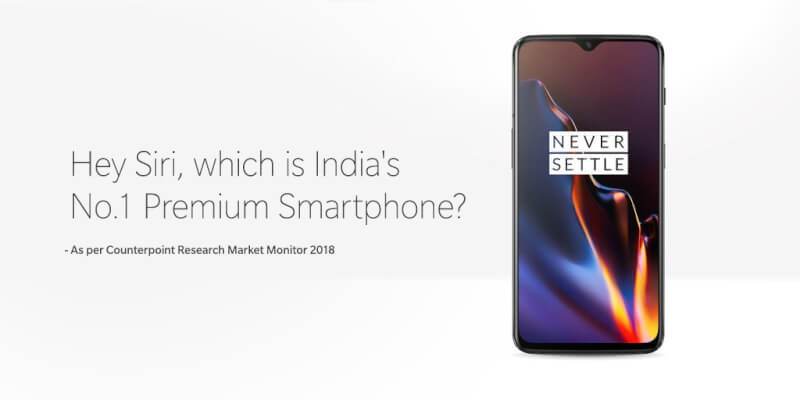 The game of trolls:

OnePlus hilariously took a hit on Apple on being the no.1 premium smartphone brand in India. It’s not always so common as usually, brands take indirect approaches. Samsung trolled Apple for the notch, Apple trolled Android for privacy but none of them were directly a shot. This is a different case scenario and looks like OnePlus in too confident about their achievement.

Counterpoint has recently released its data for the Indian smartphone market. In the data OnePlus ranked the number 1 position as the fastest growing premium smartphone brand in India. OnePlus also surpassed Apple and Samsung in terms of sales. Interestingly, only Apple was the target of the post.

After the announcement of reports, OnePlus_IN tweeted this:

It is pretty much clear that this tweet was nothing just a publicity stunt from the company. Whatsoever it might be, it was an impressive one. The BBK Electronics’ sub-brand is enjoying great success in the Indian smartphone market for its innovative features and affordable pricing. The ‘flagship killer brand’ has attracted most of the Indian buyers.

According to the Counterpoint report, OnePlus recorded highest ever shipments ever in Q4 2018 and maintained the lead in the premium phone segment for three consecutive quarters. As a reminder, Apple iPhones have been ruling the premium smartphone space, both domestic as well as international markets. OnePlus had about 36% market share in the quarter. Whereas Apple and Samsung market share in the segment in India stood at 30% and 26% respectively.

Users tried the ‘iDare’ in their own iOS devices and this showed up. 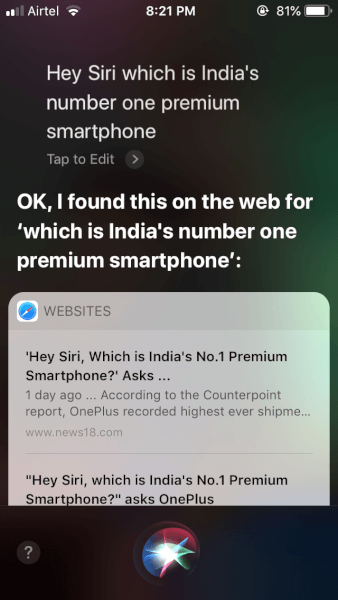 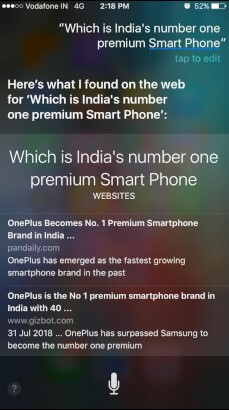 But when we tried, the results were not this much accurate. It seemed like the news of OnePlus trolling Apple gained more popularity than the fact itself.

However, it would be interesting to see whether and how Apple responds to the ‘iDare’.

Do you think this can break Apple’s brand loyalty? Or eventually, consequent trolls can affect it? Let us know in the comments below!

Disclaimer: OnePlus phones do not support Siri as a feature. Try Google Assistant