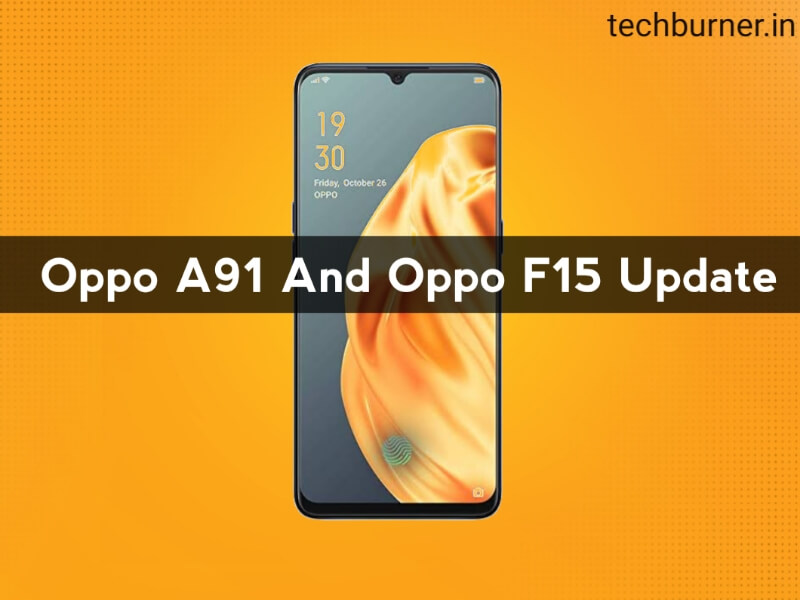 Recently, Oppo rolled out a new fresh update for the Oppo R15 devices which introduced the latest Android 10 operating system. If you are an Oppo F15 or Oppo A91 user, now it’s time for a superior upgrade. According to the Oppo, they are releasing one of the significant updates for Oppo A91 and Oppo F15 smartphone users. In Oppo F15 and Oppo A91 android update, they have introduced some efficient features for mobile gamers and also focussed on cleaner and intuitive UI. The Oppo F15 android update would be the same as Oppo A19. In this article, we will discuss the changes and new features added with Oppo F15 ColorOS 7 update and Oppo A91 ColorOS 7 update. Let’s get started with Oppo F15 new update features.

The new Oppo F15 ColorOS 7 update will bring every feature which Google introduced in the Android 10. The first thing we want to clarify is, both Oppo F15 and Oppo A91 are the same devices. Oppo launched Oppo A91 in China and launched it in India as Oppo F15. The Oppo A91 is a global variant, and Oppo F15 is only for India. The Oppo A91 android update will bring some useful features such as system-wide Dark Mode, Full-Screen gestures, etc. In this Oppo A91 ColorOS 7 update, we are going to see some game optimization features as well.

Moreover, the update is going to enhance the entire user experience. After the stable Android 10 update, the build number would be CPH2001PUEX_11.C.11. Let’s start with our first Oppo F15 new update feature.

Note: DocVault is only available for the phones available in India.

Must Read | How To Download SoLoop App for Realme Devices

That’s all for this article. We hope you liked it. Do not forget to share your experience with Oppo F15 ColorOS 7 update and Oppo A91 ColorOS 7 update. We will see you in the next one. Till then Be Safe and Be Happy.