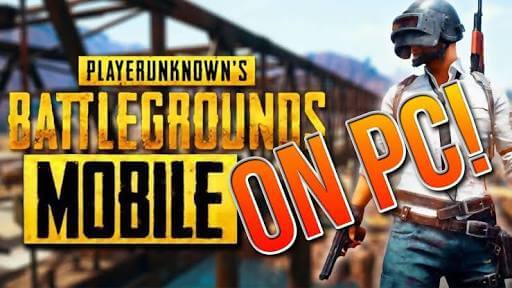 The PUBG craze has doubled in India during the last few months.PUBG Mobile has almost been on the top games for a long period of time. But the real help that most of the gamers in this country wants to know is still left untold. How can we play PUBG Mobile on our PC and Laptops? The answer to this lies in the article below.

There are two real options to get the game up and running on the PC, but neither of them is particularly elegant choices. Specifically, they require you to run the game on an emulator, and currently, the two main options available are either BlueStacks or NoxPlayer.

Player consensus largely agrees that if the two emulator programs were put through a blender and baked into a beautiful emulator cake, it would provide the perfect platform to play PUBG Mobile. Also, you can know more about the best android emulator for pubg mobile.

Talking about BlueStacks, it runs the game on Android Nougat 7.1, which gives you better graphics and lets it run smoother. Its control mapping is great. On the other hand, NoxPlayer runs on Android Lollipop 5.1, and it has a number of issues with screen lag, but its controls are far better. Overall if the game will lag you can’t enjoy playing PUBG on PC.

It should be noted that neither option is completely free of issues. Lag, black screens, and game drops aren’t uncommon while using these programs, and incompatibility has been reported.

NOTE- Players should also be aware that using these programs plays fast and loose with the Terms of Service for the game, and you do risk an account ban for your email address.

How to setup PUBG Mobile on BlueStacks

Log in with your Google account (I’d recommend making a new one) so that you can get into the home screen. It will automatically add a few other games plus an app for feedback. Access PUBG Mobile in the App Center, which will open up the Google Play Store — download and install as you would normally.

The first time you try and launch the app, it will open and just close back down again. Relaunch and it should run just fine. Some tutorials advise setting all volume to max (volume settings are in the bottom-right corner on BlueStacks) because otherwise, it can start out too quiet.

Set CPU cores to 2 or higher

Set RAM at least at 1800, although you can probably push for more

You’re going to need to relaunch after messing around with the settings, and you’ll be on the load screen for a long while. This is normal. Make sure to take a look at the controls menu when you’ve actually loaded into the game and created a character in order to map everything out the way you want it.

How to setup PUBG Mobile on NoxPlayer

Download and install NoxPlayer. If you already have it installed, make sure that you’re running version V6.0.5.0 and above (the version number is on the top-left corner of the program window).

Navigate to the Google Play Store and download and install PUBG Mobile. At this stage you may run into an incompatibility error — just close and restart NoxPlayer to clear your cache and try again.

Set CPU to 2 or higher

Set graphics rendering mode to run in DirectX (if this does not work, you can try this in OpenGL)

Change your keyboard setting (access by clicking the keyboard menu button — second from the top of the bar to the right). You will really just need to change the keyboard opacity on the overlay — Nox recommends keeping it at about 50%.

You should be able to start playing right away, but if you see a white screen instead, just restart Nox and run as normal. Take a good look when you’re in to double-check your keyboard controls.

This article will surely help all the gamers who want to play PUBG on PC. Have fun!
Thank You
Adios!