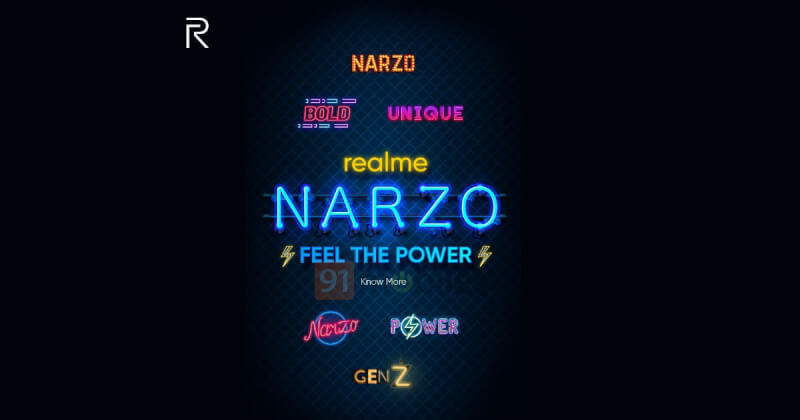 Realme CEO Mr Madhav Seth has teased a new series/product on Realme Narzo which we are going to see in future. Till the only thing that is confirmed is its promotional poster and teaser video. But, much of the site is claiming that it is a new series of mobile phones, a new sub-brand and more. But, there is no confirmation about the Realme Narzo Products. Also, Realme Narzo teased with a video shared by CEO Madhav Seth. Therefore, read the full article to know more about the Realme Narzo Launch Date in India and What is the Narzo Realme products. Also, we will provide you with the official teaser video that is shared on Twitter by Mr Madhav Seth: 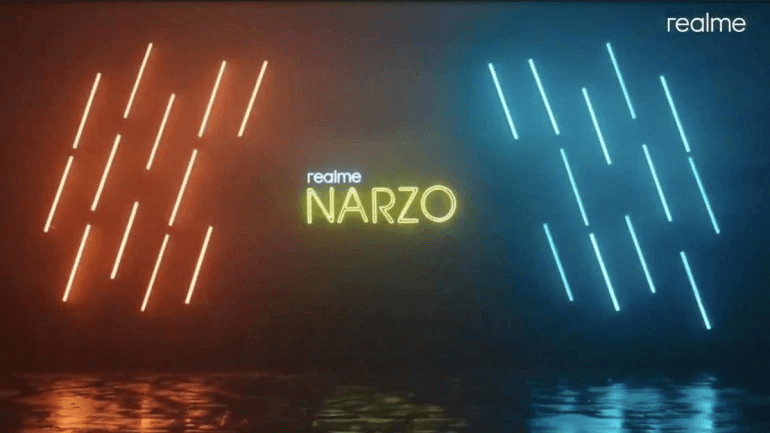 The Narzo, which is teased online, is creating many rumours. Some sources were claiming that Narzo will be an upcoming smartphone lineup which will join other Realme Series. The Narzo is also expected to compete with the Redmi and Poco for their unique and exciting phones. While some sources and leaks are claiming that it will be a new series which is entirely focused on the Youth Editions. And we will see products like Smartwatch, TV, Glasses, Clothes and more. You can also watch the video shared by the Realme CEO Madhav Seth on Twitter here:

But, as we are expecting that it is a new series where we will get to see new products like Fashion Smartwatches, TV, Powerbanks, Clothes and more. We all also know that Realme is a younger brand, and they always focus on the unique and exciting features. But, in the image, we see that the Realme is targetting the GenZ, Bold, Unique, Power and more. So, we can also expect that the products will be based on Youth edition. With the Bold designing, unique features and will come with more battery life. 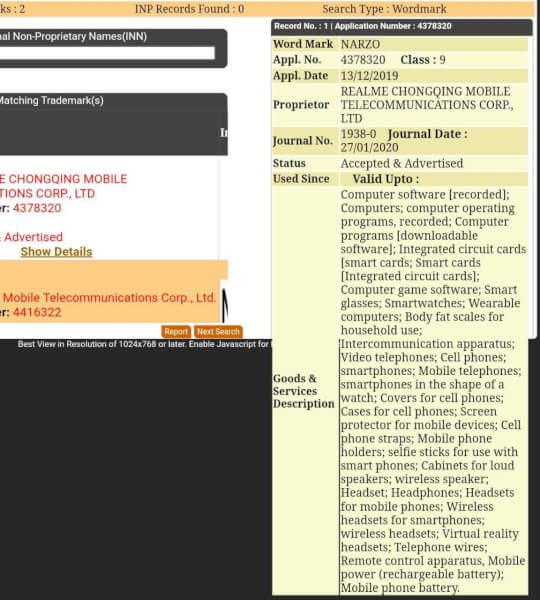 The Narzo was also spotted on the website for registration of the mark. It is likely to include computers, headphones, TV, smartglasses, screen protector and it will also include Lifestyle products and accessories. But, as of now, there is no much news that we can tell you the confirmed product that will be coming with the new Narzo. But, the only thing that we can expect is that it will be much exciting for the users.

As it is a new series, so the new and exciting products will be launched in it. Therefore, we are likely to see more information about it in April. And, we can also expect that the products launched under the Narzo will come with different pricing.