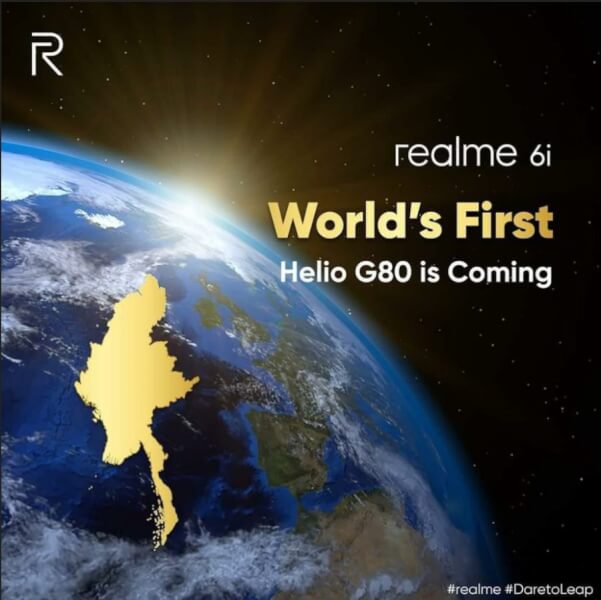 Realme is a brand that arrived just 2-years back, and as soon as it arrived, it disrupted the market and somehow captured the market by coming in the top-5 smartphone brand. Recently Realme launched its 6 series as Realme 6 and Realme 6 Pro on 5th March 2020, and now it seems that they are looking forward to their next smartphone the same series as Realme 6i leaks, Realme 6i launch date in India and Realme 6i features has been spotted on Geekbench listings. In this article, we will be giving you all the Realme 6i specs and all that we know so far about Realme 6i price in India and Realme 6i live images. 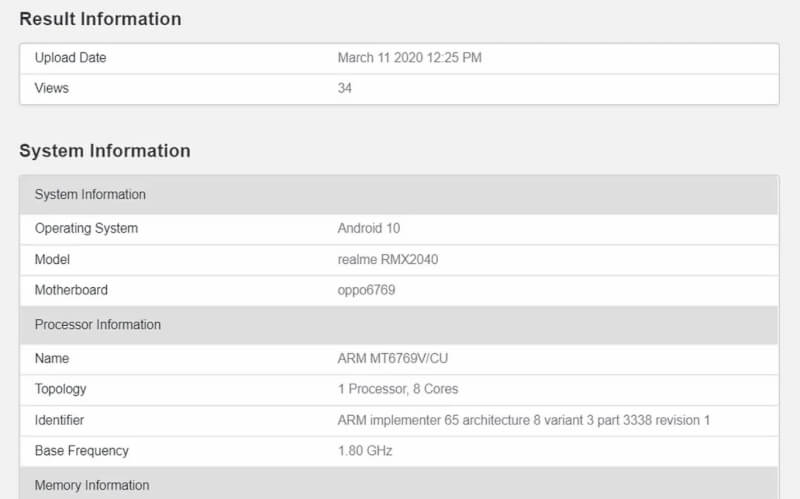 The Geekbench listing of the realme model – RMX2040, can be the Realme 6i and provides some of its specification details. It will be having Android 10 out-of-the-box and will be powered by an MT6769V SoC, which is said to be MediaTek Helio G80 as its processor. The Realme smartphone also appears to have 4GB of RAM. An Unknown device was also spotted on Geekbench listings with model number RMX 2063, and even some past reports suggest the existence of an unannounced Realme phone. 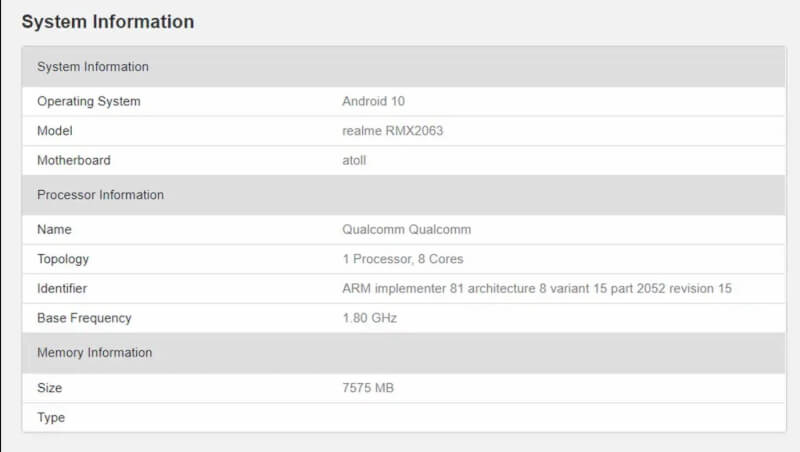 As you can see the above information now, we will discuss the Realme 6i features.

These are the expected specifications of the upcoming Realme 6i. We have further discussed Realme 6i Price in India and Realme 6i launch date in India.

The phone might have a 6.5″ HD+ LCD. Its a waterdrop-style display notch seen last month on FCC. 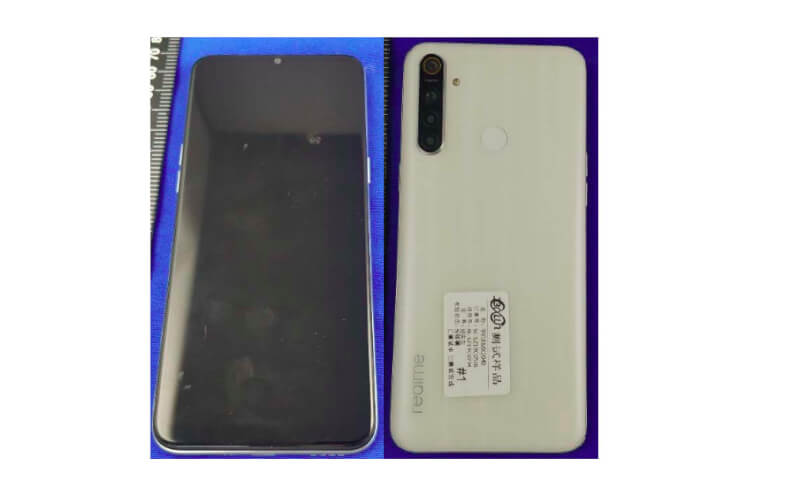 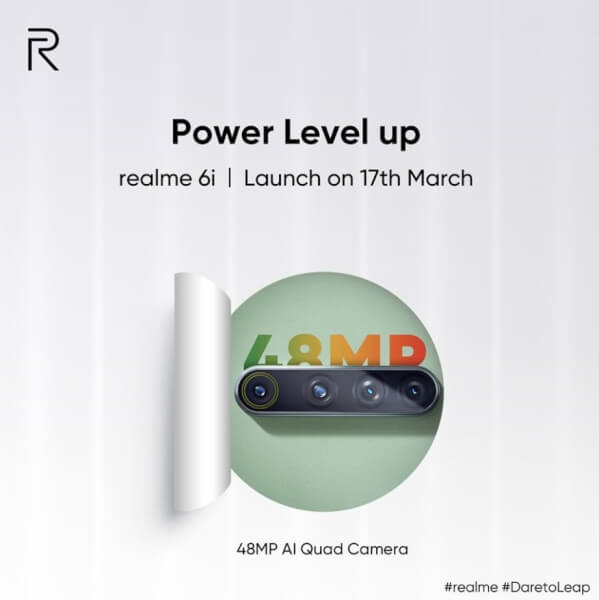 Realme 6i will be having a quad rear camera setup with a 48MP primary sensor. It’s a nice upgrade over the Realme 5i’s 12MP primary sensor. The other three sensors could be an 8MP Ultrawide angle lens, a 2MP Macro lens, and at last a 2MP depth sensor for the portrait shots.

Realme teased and confirmed that Realme 6i will have MediaTek Helio G80 processor which will be World’s first smartphone to be equipped with this processor. GeekBench revealed on its site which shows 345 and 1,293 as a single-core and multi-core score as a result of the performance. 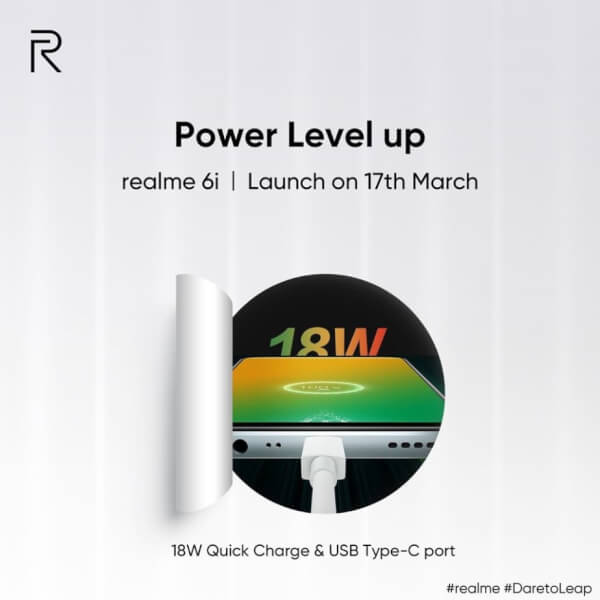 Here are the quick specs of the upcoming Realme 6i.

Realme 6i Launch Date in India

Realme 6i is all set to launch in Myanmar on 17th March. There is no official confirmation on the Realme 6i launch date in India launch. Realme will definitely bring this budget smartphone in India and we can expect it to launch in India soon.

Realme 6i Price in India

It is expected that Realme will launch the device in the price gap of 9-10k. The phone is expected to come with four gigs of RAM with 64 and 128GB of onboard storage. Stay tuned with us to get the latest update on Realme 6i price in India.

That’s all in this article. What do you guys think about the Realme 6i specs? Let us know in the comments.