Realme has announced its latest Realme UI 3.0 software update. The announcement contains the Realme UI 3.0 new features and the official release date. With the software release, Realme has also unveiled their new Realme GT Neo 2 smartphone alongside the Realme 4K Google TV Stick in India. Realme’s new version of their own Custom Android Skin is coming with many visual changes like 3D icons and redesigned settings. Users will also see better and new animations with more focus on privacy features. Realme Vice President Xu Qi Chase announced Realme UI 3.0 during a recent launch event. Realme UI 3.0 is going to bring some features from ColorOS 12, which is based on Android 12.

Similar to other custom android skins, Realme also has its own set of app icons. This time with the new Realme UI 3.0 users will see their old 2D app icons replaced with the enhanced 3D icons.

If you have seen the Omojis on Oppo’s ColorOS then you are already familiar with this new addition to the Realme UI 3 update. Realme is bringing the 3D avatars from ColorOS to their Realme UI. These are similar to Apple’s Memojis. Realme confirms they include many different facial expressions and objects from everyday life. Realme has said that they are bringing a cleaner UI with a semi-transparent design. They are also using something called The Fluid Space Design which includes changes to the text size, whitespaces, and other UI objects. With Google’s new Android 12 update comes the new Material You theme styles. Many other custom android ROMs like Samsung’s OneUI, Oppo’s ColorOS, etc are coming with the ability to change theme colors globally based on the wallpaper of your device. Depending on your wallpaper, it will generate a set of color palates that can be applied globally. Always on Display is a great feature on Amoled Devices. You can see all your notifications and other important updates without unlocking your phone. Realme UI 3.0 comes with more enhancements to AOD.

Users will see a similar version of Portrait Silhouette as we see on OnePlus’ OxygenOS and Oppo’s ColorOS. You can add any picture and it will generate an AOD design for that picture. Realme has also introduced a new AOD design which is the Realme Mascot. It is called RealMeow. You can set it as your AOD screen with 4 custom styles and looks. The new Realme UI 3.0 is also bringing a new privacy feature for photos. You can use this new Private Pic Share feature to remove all the metadata from your photos. Users can remove private info such as location, timestamp, camera details, and more before sharing it with others. Other Changes and Updates coming with Realme UI 3.0:

Read More | How to Get Verified on Flipkart Student Pass: Step By Step Guide

Realme has released the rollout schedule for their newest upgrade. If you are wondering if your device will support Realme 3.0 or not, here is a list of all devices with the Realme UI 3.0 release date. 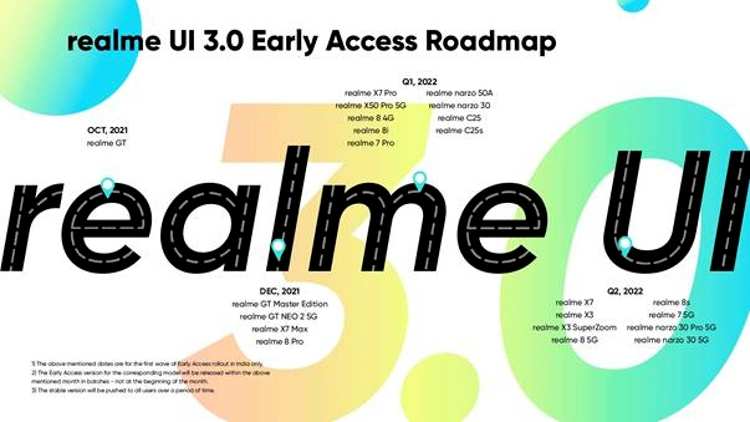