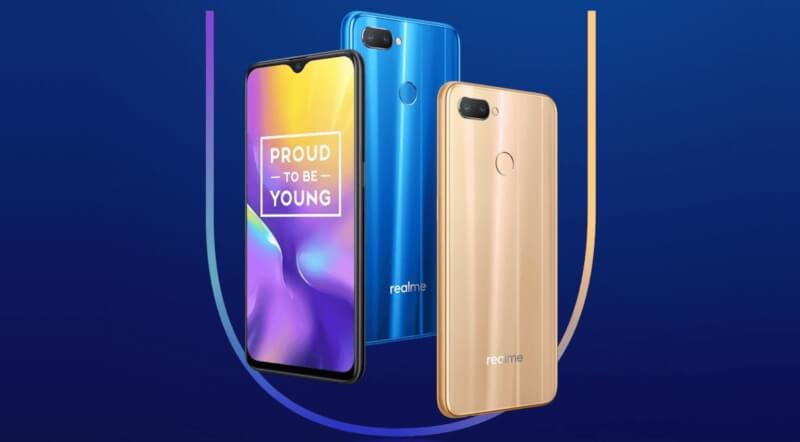 Realme’s U Series Smartphones have always been among the coolest Looking Mid-range Smartphones. The Realme U1 had been a Great Success for the Brand, and hence they have decided to launch the all-new Realme U2. This one is going to have a lot of improvements and a much cooler look. Two Realme Smartphones with model numbers RMX2002 and RMX2086 have got certified in Indonesia. Realme RMX2086 is the Realme X3, which has already got the BIS Certification, and the RMX2002 is supposed to be the Realme U2. Also, the Realme Smartwatch has got the BIS Certification too. Check Out Realme U2 price in India and Realme U2 launch date in India.

The Realme Mid-range Smartphone aka Realme U2 will have a 6.4-inch IPS LCD Display with a resolution of 1080×2340 px. However, this one also has 403 PPI Pixel Density. This is kinda ok-ish for a Mid-range Device.

As per other Mid-range Realme Smartphones, this one is also made of plastic, which will catch Scratches. However, except the Rear Plastic Panel, the Phone has a Stunning U-Notch Display which looks great in terms of the price. This time Realme has opted for a Triple Camera Setup which includes 16 MP + 5 MP + 2 MP Sensors. Also, on the Front Side, it has a 32 MP AI Camera. Both the Cameras has HDR Support and up to 1080p Video Recording.

As a Mid-range Device, Realme U2 has a MediaTek Helio P70 with 2.1 GHz Octa-Core CPU with 12nm Architecture. It also has a 4,000 mAh Battery and USB Type C Connectivity for Charging and Data Transfer.

Check out the Realme U2 Specs in a Single Sheet.

Realme U2 Price in India

Realme U2 Launch Date in India

Realme Smartwatch – all you need to know!

If we talk about the Realme Smartwatch Features, it kind of has the Apple Watch-like Design and may resemble some of its features too. We have already Covered an Article on this, Click Here to Read that now.

So, do you like the new Realme U2 and Realme Smartwatch? Let us know in the comments below. Till then – “Stay Home, Stay Safe.“