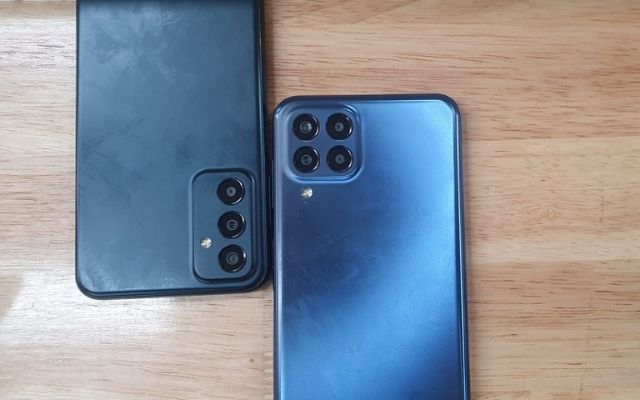 
https://www.ispeech.org/text.to.speech
Smartphone manufacturers have flooded the market with budget smartphones. Since the common sentiment of the Indian market is inclined towards budget options and competitive pricing, it becomes crucial for smartphone manufacturers to come out with better budget smartphones for the audience. Samsung has two very popular line-ups in the budget segment, the "M" series and the "F" series. Both these line-ups have seen an addition with the Galaxy M33 and the Galaxy F23. These phones are focused on the budget audience of the market, and might seem very similar to each other. Since these phones share a similar pricing, it will be interesting to dive into the Galaxy M33 vs F23 debate.

We tested multiple games and run a couple of benchmarks on both phones. The results are not very distinct, but there are some differences in the performance.

The testing and gameplay results show a clear story. None of the phones heat up during the gameplay, and the performance did not show any lag. In BGMI, the settings on both the phones are very different, as seen in the screenshot. On the smooth preset, both phones perform well, and do not show any signs of throttling or lag.

Asphalt runs smooth on both the phones as well, the game is not very graphic intensive and does not require a lot of power. Both the phones perform in a very similar manner, but the Galaxy M33 might be a better option for day to day usage due to the higher, 6000mAh battery. However, the F23 5G looks better, and weighs lighter too. So it's the decision of the buyer.

For more such comparison and exclusive stories, keep an eye on Techburner.