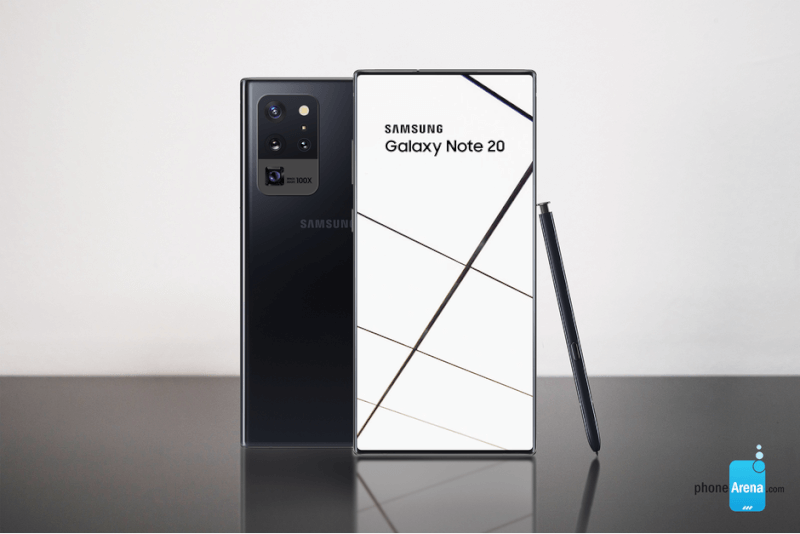 Here are some of the Samsung Galaxy Note 20 features which are rumoured.

Samsung Galaxy Note 20 to come with a large 6.9inch FHD+ Super AMOLED display with a screen resolution of 1440 x 3040 pixels which might bring a 2K resolution display. The pixel density is of 448 PPI. The display is protected with corning gorilla glass, maybe of series 6 expected. We can also expect 120Hz refresh rate the same as the Galaxy S20 Series.

It comes with a massive 5,000mAh capacity battery equipped with fast charging easily lasts a day or other. It also comes with wireless charging and wireless reverse charging support.

Galaxy Note 20 could come with a triple rear camera setup of 108MP primary wide-angle lens, 48MP telephoto lens, 12MP ultrawide angle lens. It can shoot videos up to 8K 30fps as of S20 Ultra. It might also sport a 40MP selfie camera with a cutout centre punch hole or in-display camera.

Here is the quick spec sheet of Galaxy Note 20.

As there is no official announcement about the mobile, we can’t predict the Samsung Galaxy Note 20 price in India. But As per sources, it could be priced around Rs. 85-90k for the base variant.

In 2020 early February Samsung came up with their flagship Galaxy S series. Generally, Samsung takes an interval of 6months to launch its most popular Galaxy “Note” series and Galaxy “S” series. As of now, we can expect Samsung Galaxy Note 20 to arrive in Q3 of 2020. The S series naming continues with Note series as Samsung Galaxy Note 20. Samsung Galaxy Note 20 launch date in India is expected around in Q3 of 2020, i.e., at the period of June-September. Let’s wait for the official announcement. It is rumoured that two models will be launched in Note 20 series.