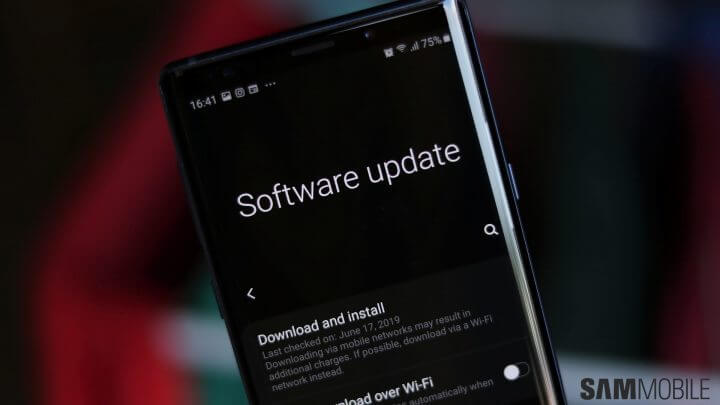 According to sources, the first rollout has begun in Germany (mostly gets the first rollout), Sized about 2GB. It contains most of the One UI 2.0 feature, but also some of the omissions can be found in it such as newer camera features (including the Note 10’s night mode selfies) and missing Bixby Routines. Surprisingly, things like Google Play can also be put down for a short while following a major UI update. This build named N960FXXU4DSLB also brings the December security patch.

Many have spotted that update is being rolled out to Beta registered users in United Kingdom and India both. According to the changelog of the updates, this one marks the “completion” of the beta program. However, given it’s rolling out to beta testers first, it’s more likely that Samsung is treating this as the final soak test before an official rollout begins. Beta feedback is also being suspended.

According to reports, the One UI 2.0 update for the Note 9 comes in around 100MB, though that could vary depending on factors like your country and carrier when it starts rolling out officially.

Android 10 and One UI 2.0 update has started rolling out in the US. Although not for all but devices using Xfinity mobile and Spectrum are confirmed.

Android 10 and One UI 2.0 in the US have also been started for unlocked devices, and SamMobiles confirm this. Even the .img file is also available for the manual update. It includes the January security patch and comes in size of around 2GB. 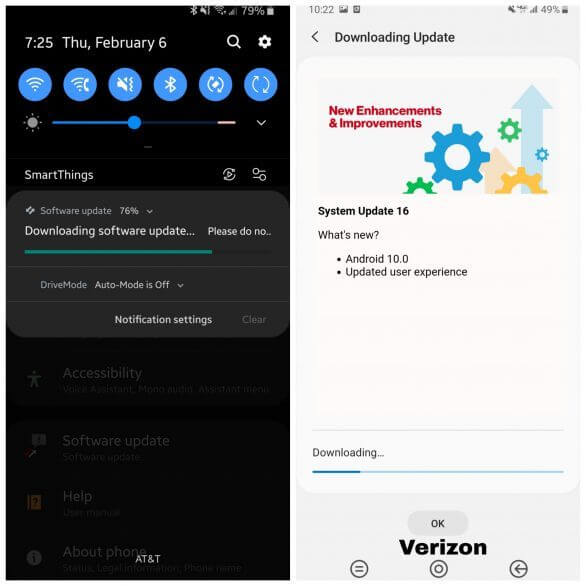 According to some reports we have seen that now rollout has also been started in AT&T and its size is also about 2GB.

Some reports on Reddit suggests Verizon’s users are getting the update as well. 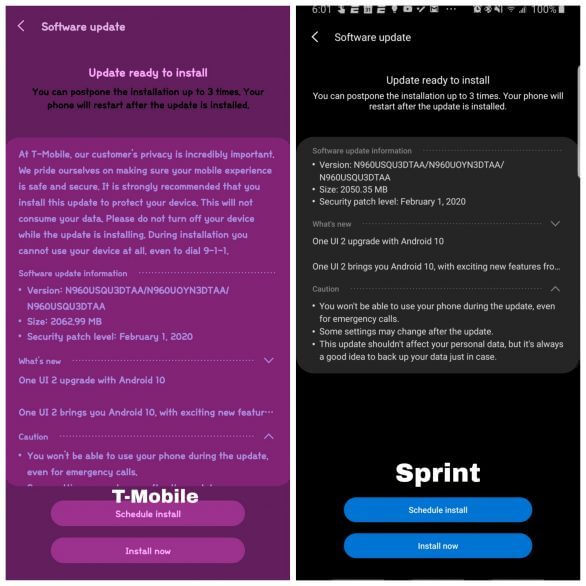 After each mentioned above now it is T-Mobile, and Sprint who came in action and started receiving the update of One UI 2.0 based on Android 10.