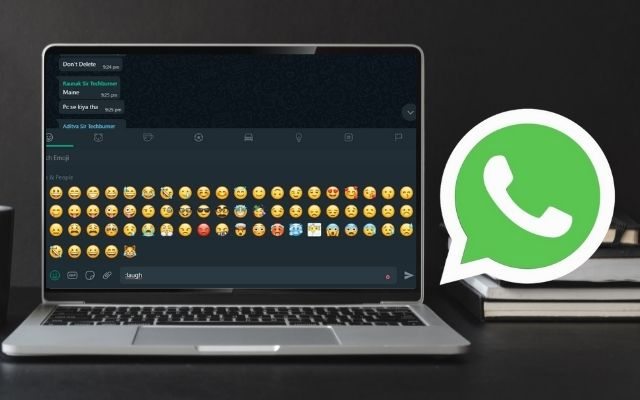 Powered by iSpeech
WhatsApp has already announced the launch of a new Beta desktop Windows version last year. It will be a Universal Windows Platform application that works better with Windows 11. As usual, the app's development has proceeded from there. And now WhatsApp is going to integrate a useful emoji function in its WhatsApp Beta for Windows. In this post, we will discuss the upcoming WhatsApp for Windows feature of emoji keyboard shortcuts. Keep reading to know everything about WhatsApp emoji shortcuts for windows! To use it, you can download the WhatsApp Beta from the Microsoft Store for free.

WhatsApp Emoji shortcuts are included in version 2.2206.1.0 of the UWP (WhatsApp Beta for Windows) app. You could previously use emojis from the emoji section in the app. With this new shortcuts feature, you can write an emoji's name with a colon (:). After that, suggestions will show in a floating toolbar above where you're typing. So, now you don’t have to hunt for the hand wave emoji in the emoji picker section, just write ":hello:" to get it. It's also comparable to the emoji shortcuts in chat apps like Slack, Discord, and others. 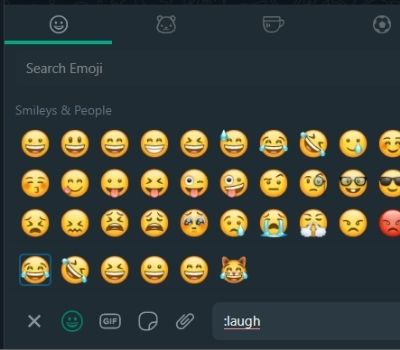 For a long time, this WhatsApp emoji shortcuts feature was included in the earlier WhatsApp desktop app. But it was absent from the current WhatsApp Beta UWP version.

WhatsApp has been hard at work on the Beta for Windows. They have introduced dark mode and corrected several problems earlier this month. Also, new features are continuously being added, such as the voice note player similar to iOS.

WhatsApp for Android and iOS has also seen a lot of updates in the last few months. WhatsApp Pay is now usable in India and a few other countries, Android-to-iOS chat transfer and message reactions are in the development phase. Besides, background voice notes playback is accessible for some users. In January, WhatsApp released new search filters, enhanced disappearing messages, and group admins now have more tools to manage large chats or communities.

So, that’s all for the WhatsApp emoji shortcuts feature for WhatsApp Beta for Windows! For more tech updates, follow TechBurner!