LG Wing vs Samsung Galaxy Note 20: A Much Needed Comparison 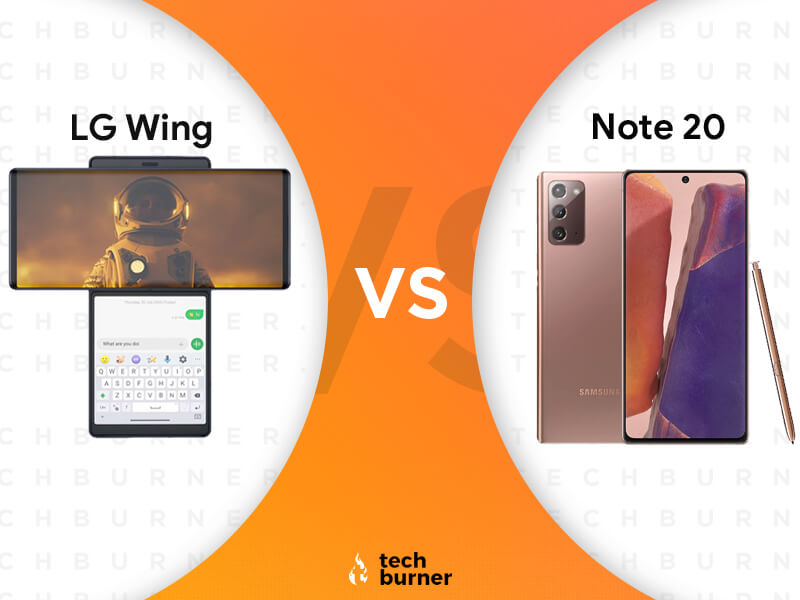 Starting with the display specifications, LG Wing sports a 6.8-inch Rotating P-OLED touch display with 1080 x 2460 pixel resolution. This device features a standard 60Hz refresh rate display, and we cannot expect more on a rotating display smartphone though. Moreover, it also has a secondary display as we know it is a dual-screen smartphone. It has a 3.9-inch G-OLED display with 1080 x 1240 pixel resolutions. Now, if you think what the difference between P-OLED and G-OLED is! P denotes to Plastic. The Primary display is made up of plastic because it is a rotating smartphone, so we can not expect a glass display. The rotation of the display could have harmed the secondary display. On the other hand, G refers to glass. The secondary display is made up of Glass as other smartphones display. It is going to be multitasking whether it is about playing games on the primary display and watching videos on the other. Whereas, Samsung Galaxy Note 20 sports a 6.7-inch Super AMOLED Plus touch display with 1080 x 2400 pixels resolution.
Moreover, this device comes with a 120Hz high refresh rate display. Also, LG has introduced an offer on the replacement of display. Buyers will get a 70% discount on the actual replacement cost when the main screen or the second screen is damaged within two years. 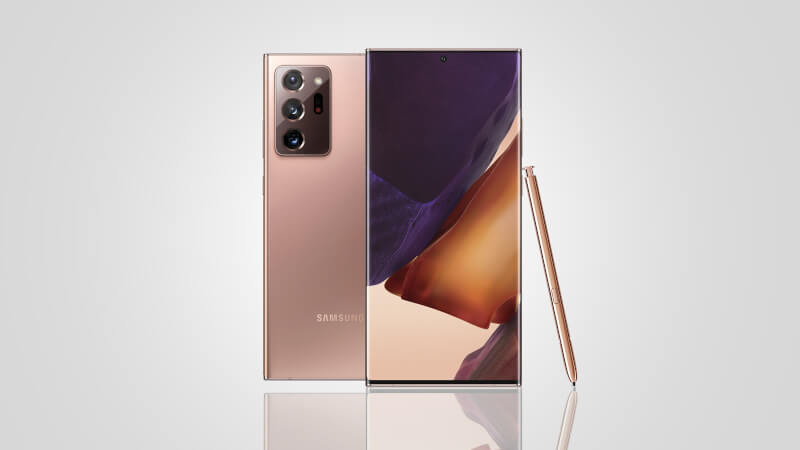 The performance of smartphones may vary from individual to individual. The LG Wing is powered by Qualcomm Snapdragon 765G with Adreno 620 based on LG UX 9.0 and runs on Android 10. Yes, according to the price tag, the performance is relatively low. However, it is acceptable because it is a rotating dual-screen smartphone. Smartphone brands spend a massive amount of resources and time on the Research and Development of these kinds of innovative and special smartphones because they do not want to make a blunder. So, it is kind of difficult to add the latest processor and change them over a while. Whereas, the Samsung Galaxy Note 20 is powered by Exynos 990 with Adreno 650 based on 7nm+ architecture. This device is based on One UI 2.0 and runs on Android 10. Again, Samsung Galaxy Note 20 is grabbing more points in terms of processor. 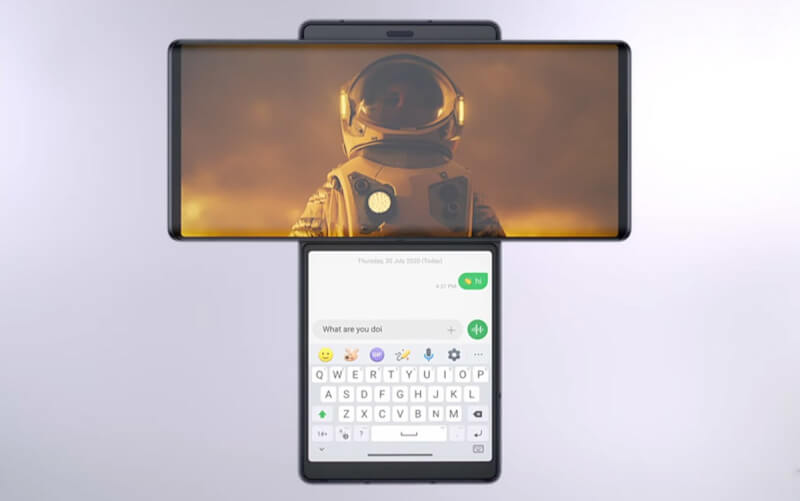 Have a look at LG Wing vs Samsung Galaxy Note 20 quick specs table:

Must Read | How Much Do You Know About Amazon?

Results Time! We have looked at both the smartphone’s specifications and features. Now, it’s time to pick the best from these two smartphones. Both smartphones have their advantages and disadvantages. However, the ideal deal would be the Samsung Galaxy Note 20. Samsung Galaxy Note 20 provides better features at a valuable price tag. Whether we talk about the display, battery backup, and the most important, performance. However, the Samsung Galaxy Note 20 is Rs 10,000 costlier than LG Wing. Still, it would be worth spending more on some additional features which are not present in LG Wing such as a high-refresh-rate display, a powerful processor, more advanced charging options, etc. Despite this, LG is also providing 70% off on screen replacement. Because the repairing cost of LG Wing display might be equivalent to the actual price of LG G8X, which is around Rs 24,990 while on sale, also, if you are tight with your budget, you can think about the LG Wing because it is a unique phone you should check out.

So, we hope you all liked the LG Wing vs Samsung Galaxy Note 20 Specs Comparison. We will see you in the next ultimate comparison. Till then, “Be Safe and Be Happy.

LG Velvet vs Mi 10T: A Much Needed Comparison

Amazfit Bip S Lite vs Realme Smartwatch: Which One is Better?