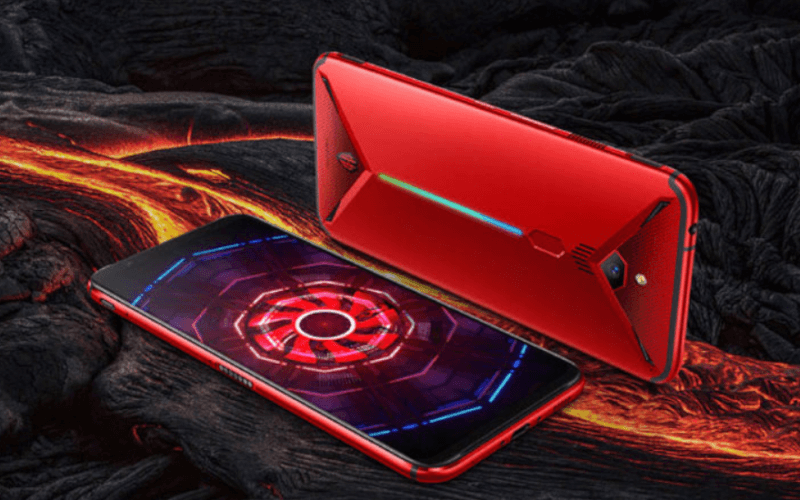 Nubia is a company which is known for bringing great smartphones at aggressive pricing. Nubia Red Magic is their flagship gaming smartphone line-up which caters not only gamers but also consumers who are looking for flagship level specifications at value for money pricing. The Company launched its third successor to their line-up called The Nubia Red Magic 3. This is a beastly gaming smartphone with specialized hardware that we haven’t seen in a commercial Android smartphone before. The main highlight of the device is that it has a cooling fan inside a Smartphone and that’s really insane!

Nubia Red Magic 3 features a design language which is similar to previous Nubia Red Magic gaming smartphones like the Red Magic Mars. The phone features an active cooling system with a moving fan inside of the device.  This fan is loud enough to hear when you do decide to turn it on. Nubia claims that the fan has ultra-low power consumption where it can work continuously for 1 hour and consume less than 1% of the power. The device can also adjust the speed of the fan (max speed of 14,000 rpm) according to its need to give you the best combination of cooling and fan noise. Despite the active fan system, the Red Magic 3 manages to retain an IP55 rating for dust and water resistance.

The phone features a 6.65″ FHD+ 19.5:9 AMOLED display with a 90Hz refresh rate, and support for features like DC Dimming and HDR. The front of the phone also houses the stereo speaker setup. The back of the device includes a RGB lighting strip, which users can customize. The phone also features two touch-sensitive shoulder buttons along the right edge of the device. The rear fingerprint scanner can be mapped to different on-screen actions, giving you three hardware buttons to use for gameplay.

The Red Magic 3 features the latest and greatest Qualcomm Snapdragon 855 SoC. The phone has various RAM and storage options, going all the way up to 12GB RAM and 256GB storage. The phone features a big 5,000 mAh battery with Type-C and support for 27W fast charging.

The Red Magic 3 features a 48MP Sony IMX586 sensor on the back and no other rear camera. It has f/1.7 aperture with 1.6μm pixel size. Camera performance is highly dependent on the software, so it remains to be seen how well the hardware can actually perform. The front camera of the device is a 16MP snapper. The Red Magic 3 also comes with Android 9 Pie in near stock-like experience with a few additions from Nubia.

The device will go on sale in China from May 3 onwards. This Smartphone will launch in India on 19th May. At this price and specifications which it offers is going to give some tough competition to the market. It is not only a smartphone for gamers but daily driver phone who even aren’t looking for the great gaming experience. We hope Nubia brings to India with pricing similar to China, this phone will surely give tough competition to the upcoming OnePlus 7 series.