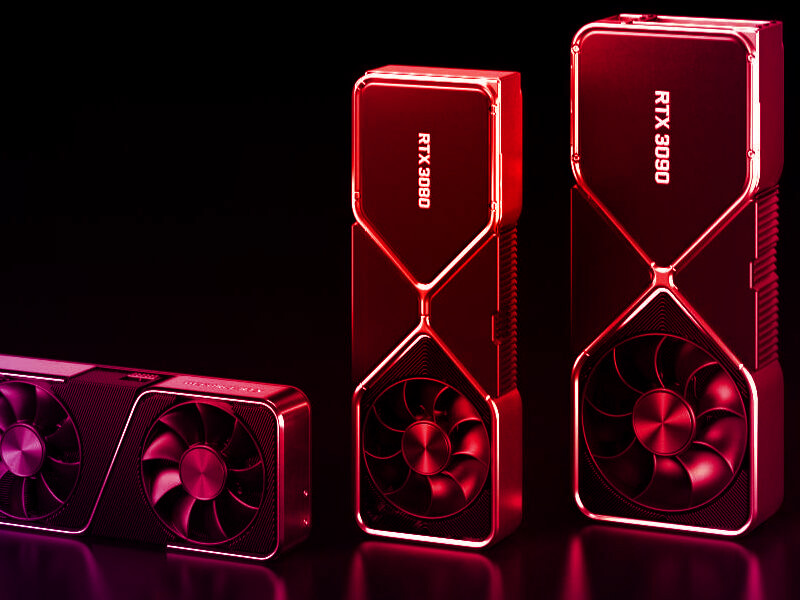 When it comes to selecting Graphics Card for PC Build, Nvidia’s card is more preferred among gamers. Last year, Nvidia launched its new line-up of graphics card called GeForce RTX Series. These cards are designed top-notch and future proof for at least another 3-4 years. Though these cards are powerful, they do not come with an inexpensive price tag. Nvidia GeForce RTX 3070 Launched along with the Nvidia GeForce RTX 3080 and Nvidia GeForce RTX 3090. So, we are here with more info about Nvidia RTX 3070, 3080 and 3090. We will be also talking about the Indian pricing of the new Nvidia GPUs.

Nvidia GeForce RTX 30 Series: Everything You Need To Know

Here are the details about the launched Nvidia GPUs:

Nvidia RTX 3080 is regarded as the flagship card by Nvidia. The GPU gets 8,704 CUDA cores with a boost clock of 1.71GHz. Furthermore, it has a 10GB of faster GDDR6X memory. This card is designed to offer framerates of over 60fps plus on 4K resolution. The company claims that this GPU is 2 times faster than the previous RTX 2080. Finally, the GPU is built on a custom Samsung 8nm manufacturing process.

Nvidia RTX 3090 is a new lineup that Nvidia introduced to offer the best gaming experience. The GPU gets 10,496 CUDA cores with a boost clock of 1.70GHz. Furthermore, the GPU has a whopping 24GB of GDDR6X memory. This card is capable of hitting 60fps+ on 8K resolution. And, this card is 50 per cent faster than the RTX Titan which is the fastest card offered by Nvidia till date. 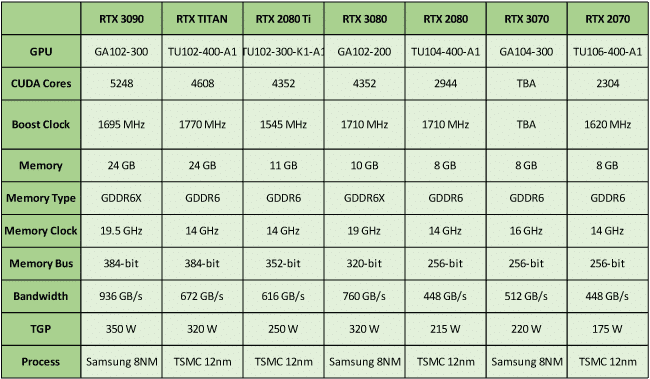 Must Read | Why PUBG Mobile Banned in India: Check Now

Top 5 Games of September 2020 That You Should Try Now