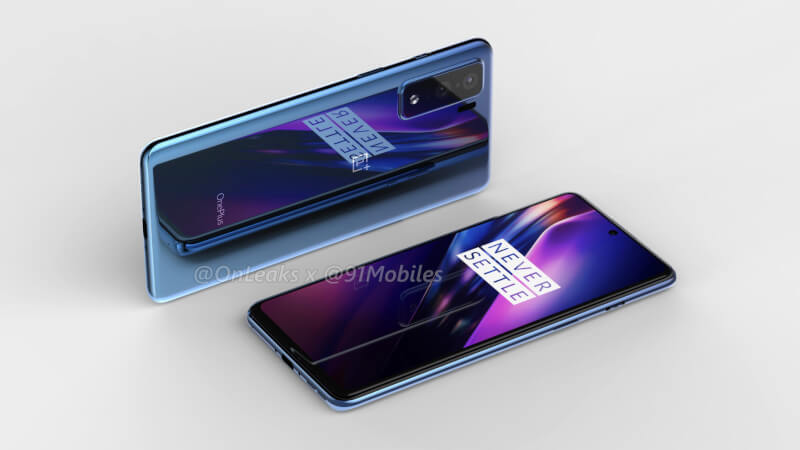 OnePlus has launched the OnePlus 8 Series, and now it is currently on sale. But, due to the Coronavirus Pandemic, users will be not able to order it. A few days ago, some leaks for the OnePlus 8 Lite aka OnePlus Z started surfacing online. And this is going to be a good phone at an affordable price. So, now the OnePlus Z live images leaked online showing its design. The OnePlus Z image leaks flaunting the internet with its flat Infinity-O display. Yes! There will be an Infinity-O cutout, and it will not come with the Punch-hole similar to the OnePlus 8 Series. Therefore, read the full article to know more about the OnePlus Z launch date in India and OnePlus Z price in India.

The above image is of the upcoming OnePlus Z. We can see the Infinity-O display, which looks nice. The device will feature an AMOLED display and, we can also see that the device is coming with the In-display fingerprint sensor. On the left side of the device, there is a volume rocker button, and on the opposite side, there is a power button. Check out the expected features below.

Here are the expected features of the OnePlus Z.

OnePlus Z leaks suggest that the phone will have a 6.4″ FHD+ AMOLED display. It will also come with a 90Hz high refresh rate panel. The renders also show a punch-hole in the middle of the screen while the ONEPLUS 8 PRO has a punch-hole on the left side of the display. Unlike the OnePlus flagships, this will have a flat-screen. The device is expected to come with a 4,000mAh battery with a 30W fast charger. We have seen wireless charging support on the OnePlus 8 Pro, but the Z won’t include that.

OnePlus Z will include a triple camera setup on the back. We can expect a 48MP Primary sensor along with a 16MP Ultrawide angle lens a 12MP telephoto lens. The device can feature a 16MP selfie camera.

OnePlus Z was rumoured to be powered by a 5G Chipset MediaTek Dimensity 1000L. But, now some leaks claims that it will be coming with the Snapdragon 765G. Talking about the software, we will get OxygenOS 10 on top of Android 10. The device is also coming with the in-display fingerprint sensor, which is confirmed from the live images. Also, we can expect that it may come with up to 8GB RAM and 256GB ROM with UFS 2.1 storage type.

Here are the expected specs for the OnePlus Z.

Some leaks suggest that the device is expected to launch in July 2020. But, we have to wait for the official confirmation by the company.