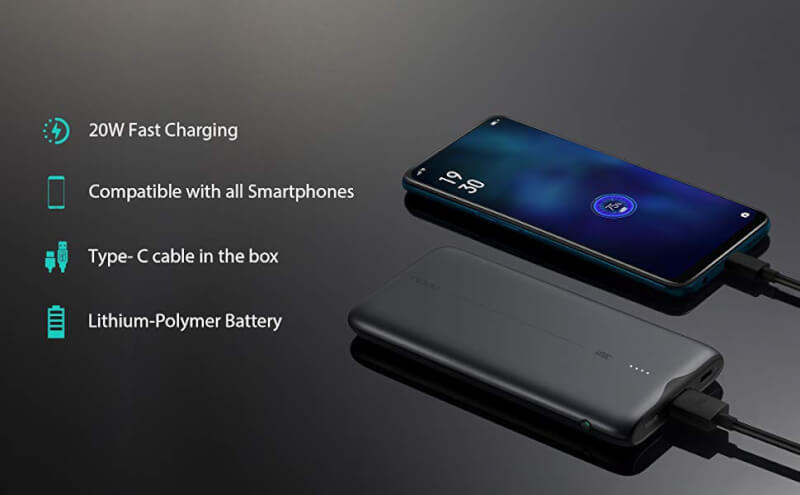 Powerbanks are generally used by a lot of people either while traveling or even for general usage, but the problem arises when smartphone brands like Oppo, OnePlus, Realme start using their own charging technologies for speeding up the charging of the phone instead of using Qualcomm’s proprietary solution for charging. Most of the power banks currently made support Qualcomm’s Quick Charge method and the charging speed on devices like Oppo, OnePlus have been low as they use their own technologies.

But today, Oppo has finally launched its new Oppo VOOC Flash Charge Powerbank in India which comes with support for 20W Fast VOOC Charging and is intended to provide higher charging rates to devices made by the company.  One of the highlighting features of this power bank is its ability for two way charging support, from which you can charge your device as well as the power bank at the same time. 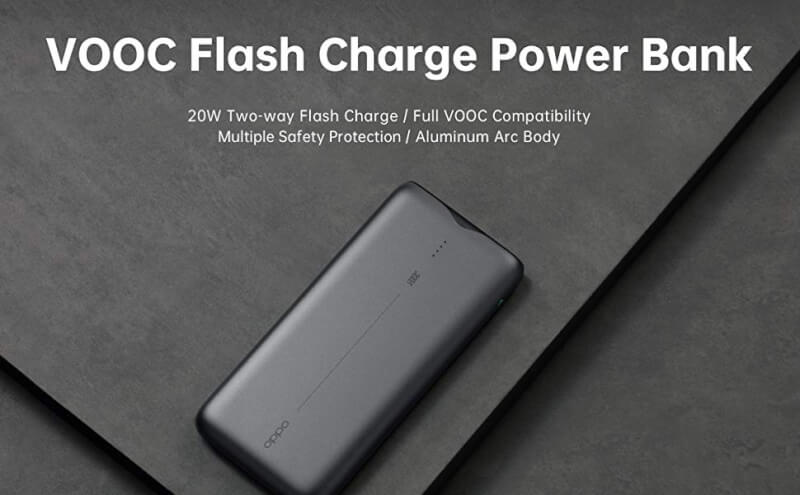 As per the specifications are concerned, the battery capacity of the device is 10,000mAH, the ports include a full-sized USB Type-A port and a USB Type – C port as well, comes with 4 LED lights to check the charge remaining on the power bank as well. Oppo includes a USB Type-A to type – C cable aswell which supports higher speeds of charging. The Oppo VOOC Flash Charge Powerbank’s 10,000Mah  battery has been split into 2 x 5,000mah batteries to provide short circuit protection. Users can also charge other devices via this power bank, but the consequence remaining the same as it will charge it at 10W.

Pricing and Other Details:

The Oppo VOOC Flash Charge power bank will be sold in India via multiple sources including Offline and Online markets, the cost of the power bank is 1,499 INR and will be available soon for the general public. This new power bank has a new 3D Arc design and is currently available in a black color option. You can check it out here.