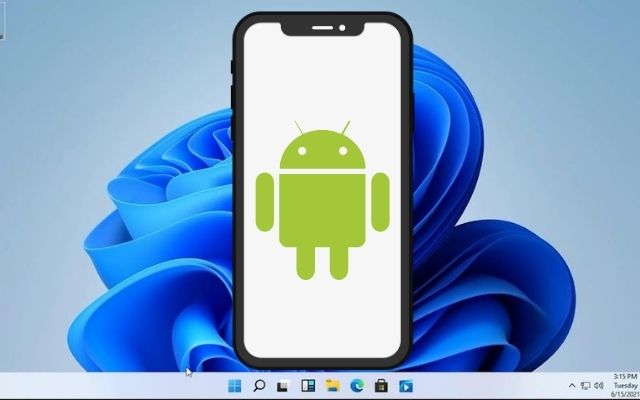 Convert Text to Speech
We all know that Windows is popularly recognized as an operating system for standard x86_64 PCs. But it can be found on a variety of devices with non-traditional form factors. The Windows on ARM market is also skyrocketing. It is because of Windows 11's 64-bit emulation features. So, can you imagine booting Windows on your Android mobile? Microsoft never was in the league of the mobile OS. But modders have been trying for years to adapt Windows to current phones. Therefore, how will Microsoft approach the mobile environment? In this post, we will discuss a new project for booting Windows 11 on Android. Know what is renegade project is and which device will support ARM64 Windows.

Everything Explained About Renegade Project

Windows was never designed to operate on mobiles. So, you have to hack the low-level firmware to run Windows. It’s obvious that the aftermarket developers will need to change the main installer. Also, they have to provide device-specific drivers. Without good expertise, performing the essential procedures would be very difficult. So, whenever any developer does it correctly, it is included in collaborative projects like the Renegade Project.

But why is the process to install Windows on Android devices difficult? There are a variety of reasons.

Upgrading custom ROMs on your smartphone is different. But replacing the Board Support Package with a standardized software interface between the OS and platform firmware is a complicated issue.

Nowadays, bootloader applications on mobile processors support the Unified Extensible Firmware Interface (UEFI). But the OEMs often alter the boot process on these systems. As a result, you can’t install any ARM64 UEFI-compatible OS primarily. The Renegade Project helps in this situation. In easy steps, you can install Windows on Android devices.

Excited to boot your mobile to Windows? Right now, a very limited device has the capability. The Renegade Project developers want to expand the list of supported devices. They are including new volunteers to maintain or port to particular devices. Here is the official list of devices that have been proven to boot the ARM64 form of Windows 10/11.

All the mentioned devices have shown success while booting ARM64 Windows 11 on Android.

We're quite interested to see how this endeavour turns out. It seems to be a potential solution for individuals who want the same Windows experience on their phones as they do on their PCs. For additional information, go to the Renegade Project website. There you'll discover a forum and all you need to know about this initiative. If you are interested, you can also contribute to Github.

So, that’s all for today. For more tech stuff, keep following TechBurner!

Android 12 on OnePlus Devices to Roll Out Soon: Check Now